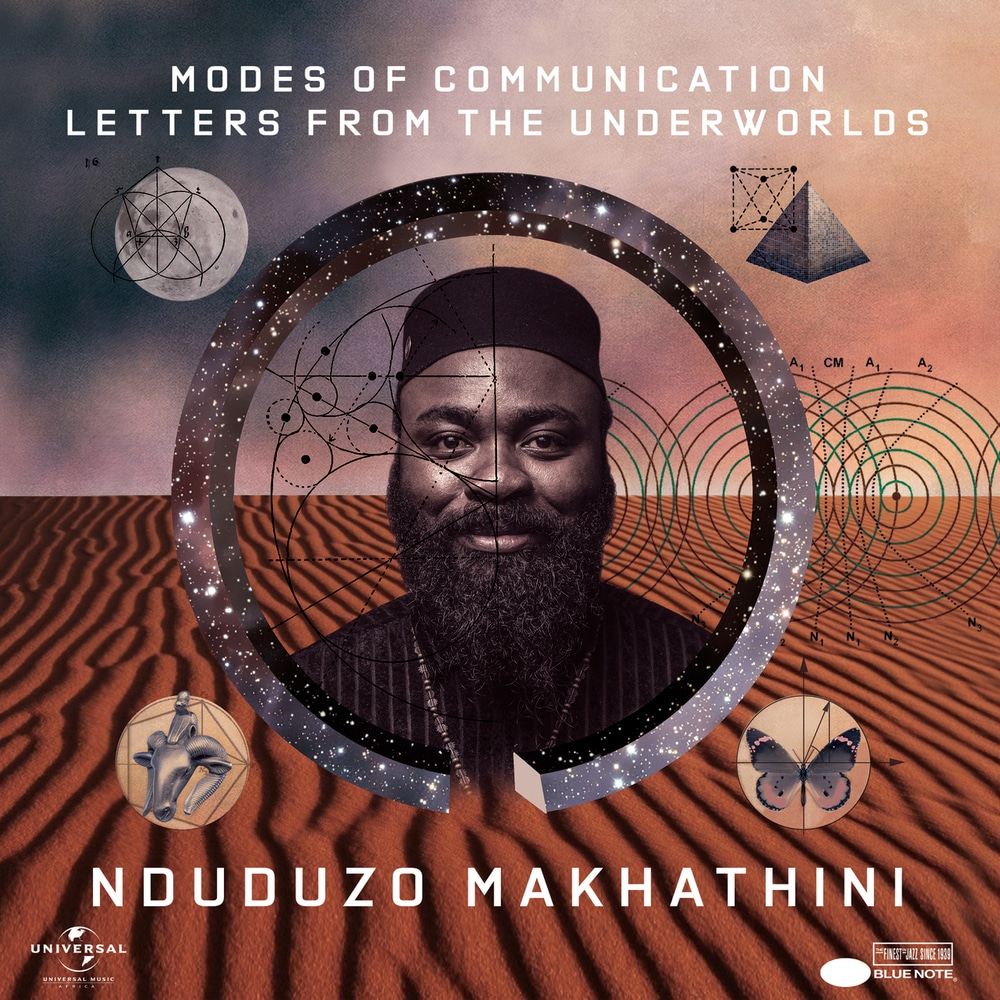 Modes Of Communication: Letters From The Underworlds

"... it’s tremendous music. As a player and a composer, he sits right beside McCoy Tyner and Pharoah Sanders, playing a forceful but lyrical style of modal jazz that incorporates African rhythmic concepts… The pieces they performed had a swelling, passionate quality, exploratory but never losing an essential earthbound feeling. Makhathini is at the head of a small but powerful movement of young South African jazz players, and the higher his international profile rises, the better it will be for that country’s music scene and jazz as a whole. He’s a major talent.”
- Stereogum

After collaborations with Wynton Marsalis and Shabaka Hutchings, the visionary South African pianist and composer Nduduzo Makhathini is set to release his Blue Note debut Modes of Communication: Letters from the Underworlds, an expansive album in which lyrical, plaintive horns mingle with percussion, pained yelps and urgent lyrics in a musical exploration of ancestral realms.

Nduduzo Makhathini grew up in the lush and rugged hillscapes of umGungundlovu in South Africa, a peri-urban landscape in which music and ritual practices were symbiotically linked. The area is significant historically as the site of the Zulu king Dingane kingdom between 1828 and 1840. It’s important to note that the Zulu, in fact the African warrior code, is deeply reliant on music for motivation and healing. This deeply embedded symbiosis is key to understanding Makhathini’s vision.

The church also played a role in Makhathini’s musical understanding, as he hopped from church to church in his younger days in search of only the music. The legends of South African jazz are deep influences as well, in particular Bheki Mseleku, Moses Molelekwa, and Abdullah Ibrahim. Through his mentor Mseleku, Makhathini was also introduced to the music of John Coltrane’s classic quartet with McCoy Tyner.

“I came to understand my voice as a pianist through John Coltrane’s A Love Supreme. As someone who started playing jazz very late, I had always been looking for a kind of playing that could mirror or evoke the way my people danced, sung, and spoke. Tyner provided that and still does in meaningful ways.”
- Nduduzo Makhathini
48 kHz / 24-bit PCM – Universal Music (Pty) Studio Masters