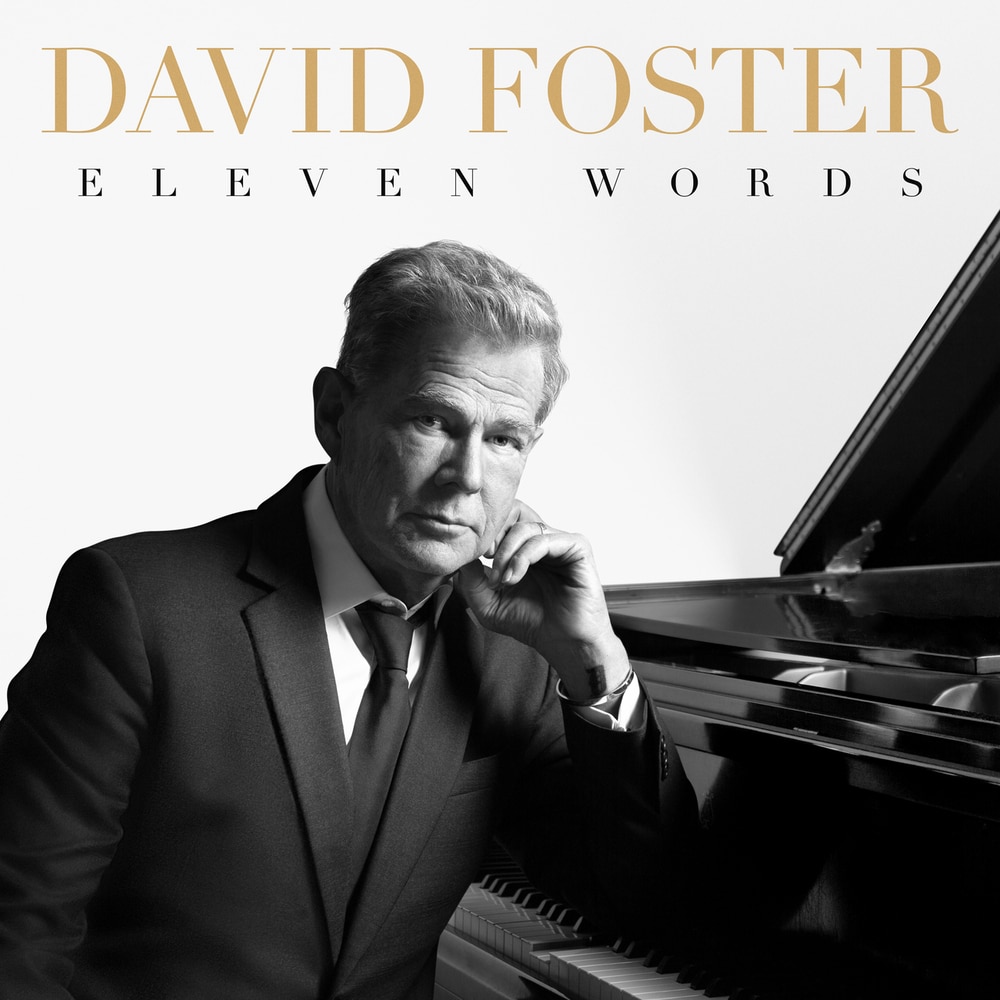 Sixteen-time GRAMMY® award-winning composer and legendary producer, David Foster, releases a collection of personal and heartfelt piano solos, Eleven Words. The album marks a return to the basics for the prolific songwriter and music producer. A departure from writing and producing huge, chart-topping hits for megastars, Foster steps back to his roots, seated at the grand piano and delivers emotional and meaningful piano melodies.

David Foster has written nearly one hundred hit singles and dozens of movie songs and scores, receiving three Academy Award nominations for Best Original Song. His iconic power ballads have become timeless classics, made famous by industry titans like Madonna, Whitney Houston, Céline Dion, Barbra Streisand, Michael Bublé, Josh Groban, and many more. Few other individuals can claim to have their fingerprints on more major moments in all of popular music than David Foster.

“What I truly wanted to do with this album, is strip away the lyrics and all the production that I’m known for, leaving just the melodies. I called it Eleven Words because I wanted to identify words that were meaningful to me and hopefully meaningful to the world - simple yet complex.”
- David Foster
48 kHz / 24-bit PCM – David Foster Studio Masters