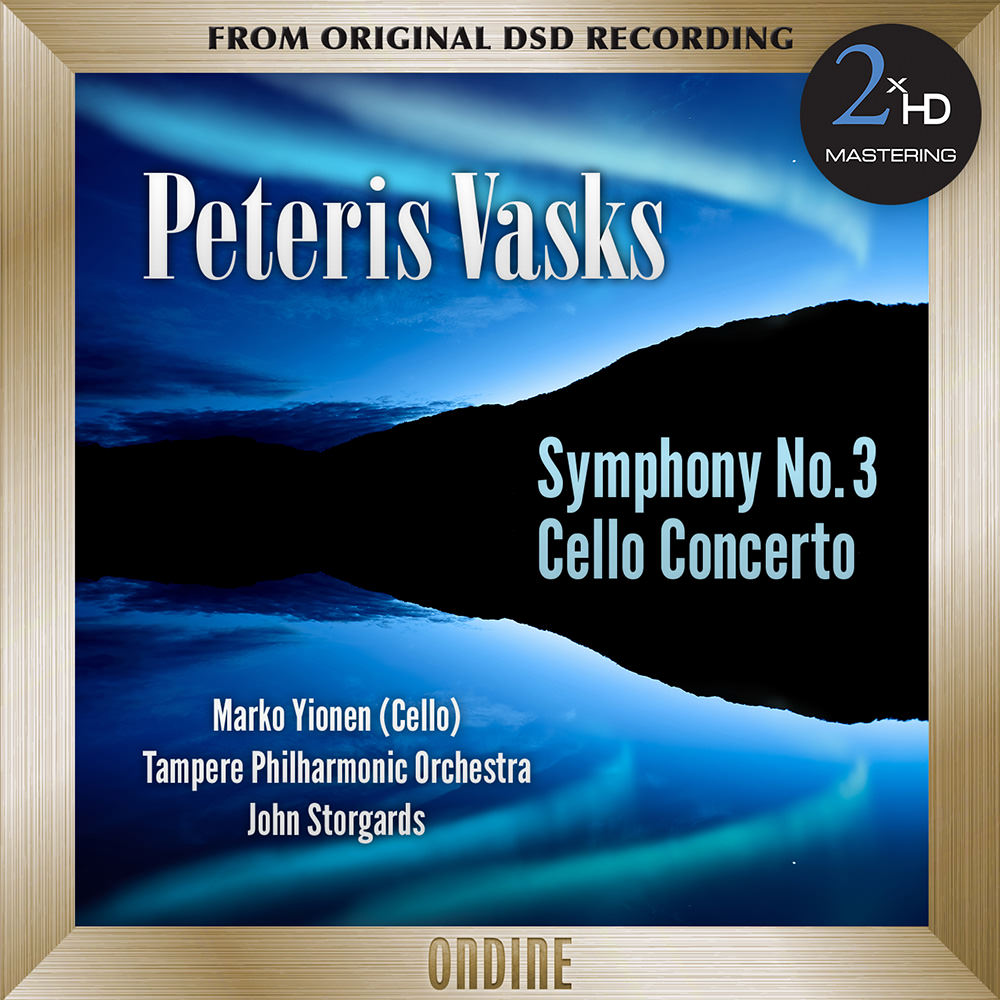 "Disc of the Month ... splendid in every way ... if you care at all about contemporary music then you will add this disc to your collection without delay."
- ClassicsToday.com

The Tampere Philharmonic, one of Scandinavia's foremost symphony orchestras, is led by John Storgårds on this album dedicated to Pēteris Vasks, spotlighting the Third Symphony, a one-movement piece of spiritually deep and emotionally compelling music. Also included here is the Latvian composer's Cello Concerto, a highly personal and moving work that reflects suffering under the Soviet regime and the strength required to survive. It features soloist Marko Ylönen, who specializes in contemporary repertoire.
192 kHz / 24-bit, 96 kHz / 24-bit PCM and 5.6448 MHz, 2.8224 MHz DSD – 2xHD - Ondine Studio Masters

This album was mastered using our 2xHD proprietary system. In order to achieve the most accurate reproduction of the original recording we tailor our process specifically for each project, using a selection from our pool of state-of-the-art audiophile components and connectors. The process begins with a transfer to analogue from the original DSD master, using cutting edge D/A converters. The analogue signal is then sent through a high end tube preamplifier before being recorded directly in DXD using the dCS905 A/D and the dCS Vivaldi Clock. All connections used in the process are made of OCC silver cable. DSD and 192kHz/24-bit versions are separately generated, directly from the analogue signal.