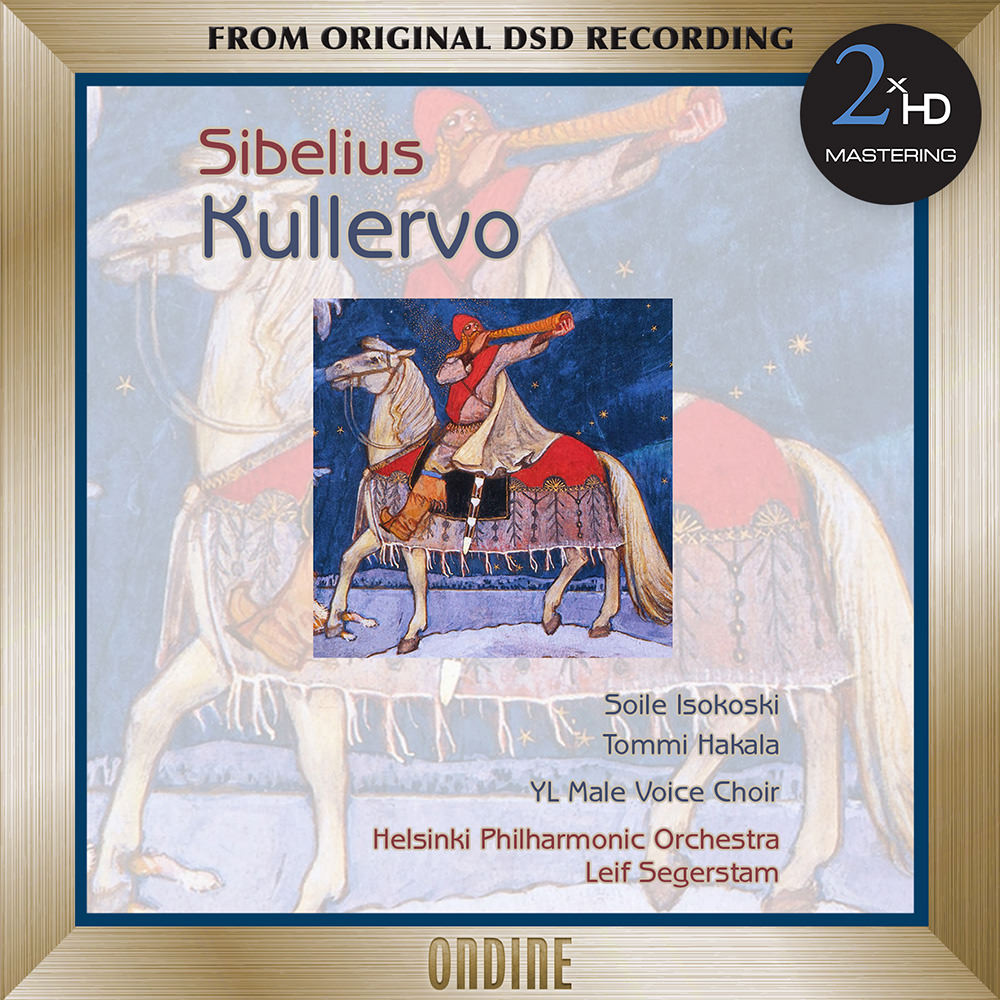 "Opera and Vocal Disc of the Month ... this version has to be a candidate for the best yet."
- Classic FM

"Disc of the Month ... the best solo singing the work has ever received. In particular, Soile Isokoski is simply miles away from the matronly mezzos who often take the part of Kullervo's sister."
- ClassicsToday.com

On this final release in their Sibelius cycle, The Helsinki Philharmonic Orchestra and longstanding chief conductor Leif Segerstam present Sibelius's early choral symphony Kullervo, based on the legend of Kullervo in the epic Kalevala, the mythic history of the ancient Finns. The success of this work turned out to be the breakthrough of the great Finnish composer's career who became a true national hero. The sung parts in the third and fifth movement are performed by native speakers: famous Finnish soprano Soile Isokoski, acclaimed baritone Tommi Hakala and the internationally reputed YL Male Voice Choir. Recorded in DXD, this album provides an ecstatic sound experience of this haunting music.
192 kHz / 24-bit, 96 kHz / 24-bit PCM and 5.6448 MHz, 2.8224 MHz DSD – 2xHD - Ondine Studio Masters

This album was mastered using our 2xHD proprietary system. In order to achieve the most accurate reproduction of the original recording we tailor our process specifically for each project, using a selection from our pool of state-of-the-art audiophile components and connectors. The process begins with a transfer to analogue from the original DSD master, using cutting edge D/A converters. The analogue signal is then sent through a high end tube preamplifier before being recorded directly in DXD using the dCS905 A/D and the dCS Vivaldi Clock. All connections used in the process are made of OCC silver cable. DSD and 192kHz/24-bit versions are separately generated, directly from the analogue signal.