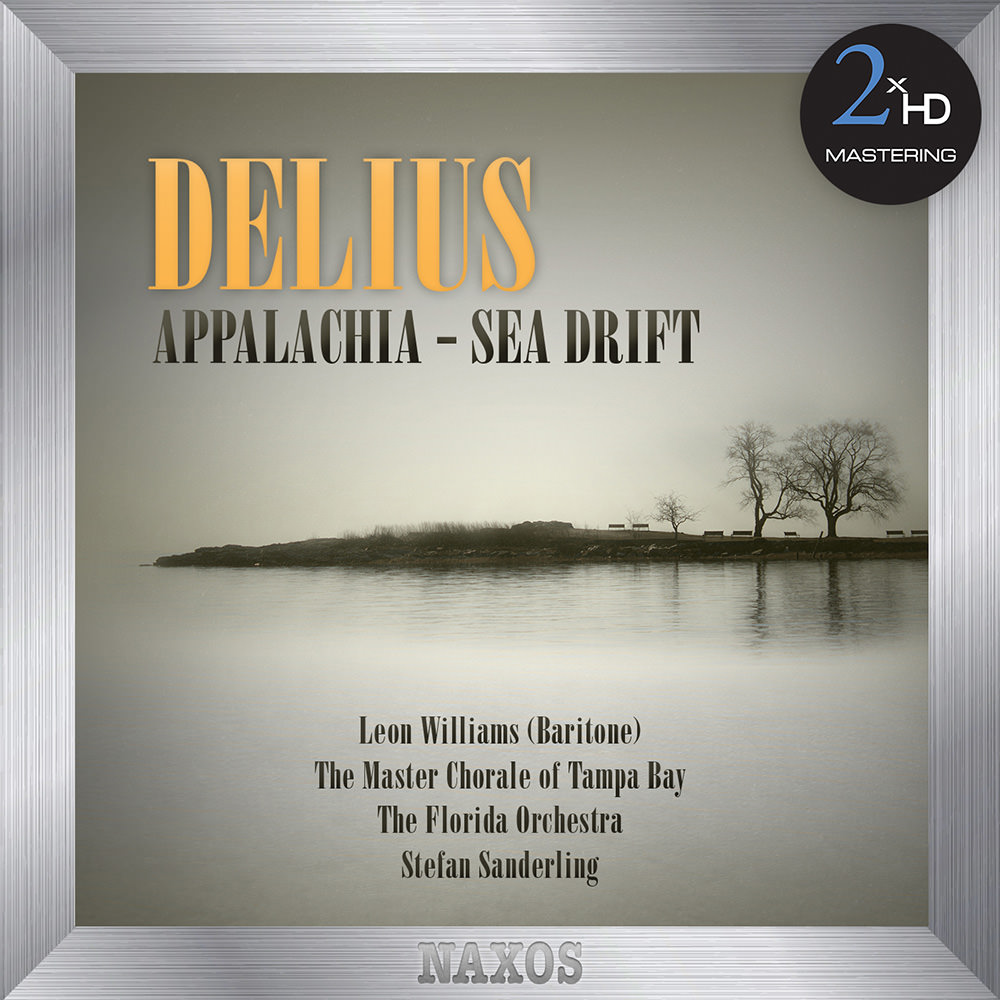 "Four Stars ... this fine orchestra has a superb violinist leader ... plus serious class in every department, the brass in particular. The choral singing, too, is exemplary in its firm-toned accuracy ... the firepower and up-front honesty of (Leon Williams’s) singing do real justice to a great solo part. "
- BBC Music Magazine

This Delius album, released in 2012 to mark the 150th anniversary of his birth, was appropriately recorded in Florida where the composer lived and had managed an orange plantation in the 1880s. Stefan Sanderling conducts The Florida Orchestra and The Master Chorale of Tampa Bay on these two works, including Appalachia, a set of variations based on a slave song. The symphonic poem Sea Drift , considered one of Delius's greatest works, is a song of love and death in which baritone soloist Leon Williams is both a participant in the drama and offers a commentary upon it.
192 kHz / 24-bit, 96 kHz / 24-bit PCM and 5.6448 MHz, 2.8224 MHz DSD – 2xHD - Naxos Studio Masters

This album was mastered using our 2xHD proprietary system. In order to achieve the most accurate reproduction of the original recording we tailor our process specifically for each project, using a selection from our pool of state-of-the-art audiophile components and connectors.The process begins with a transfer to analogue from the original 24bit/96kHz resolution master, using cutting edge D/A converters. The analogue signal is then sent through a high end tube preamplifier before being recorded directly in DXD using the dCS905 A/D and the dCS Vivaldi Clock. All connections used in the process are made of OCC silver cable.
DSD and 192kHz/24-bit versions are separately generated, directly from the analogue signal.