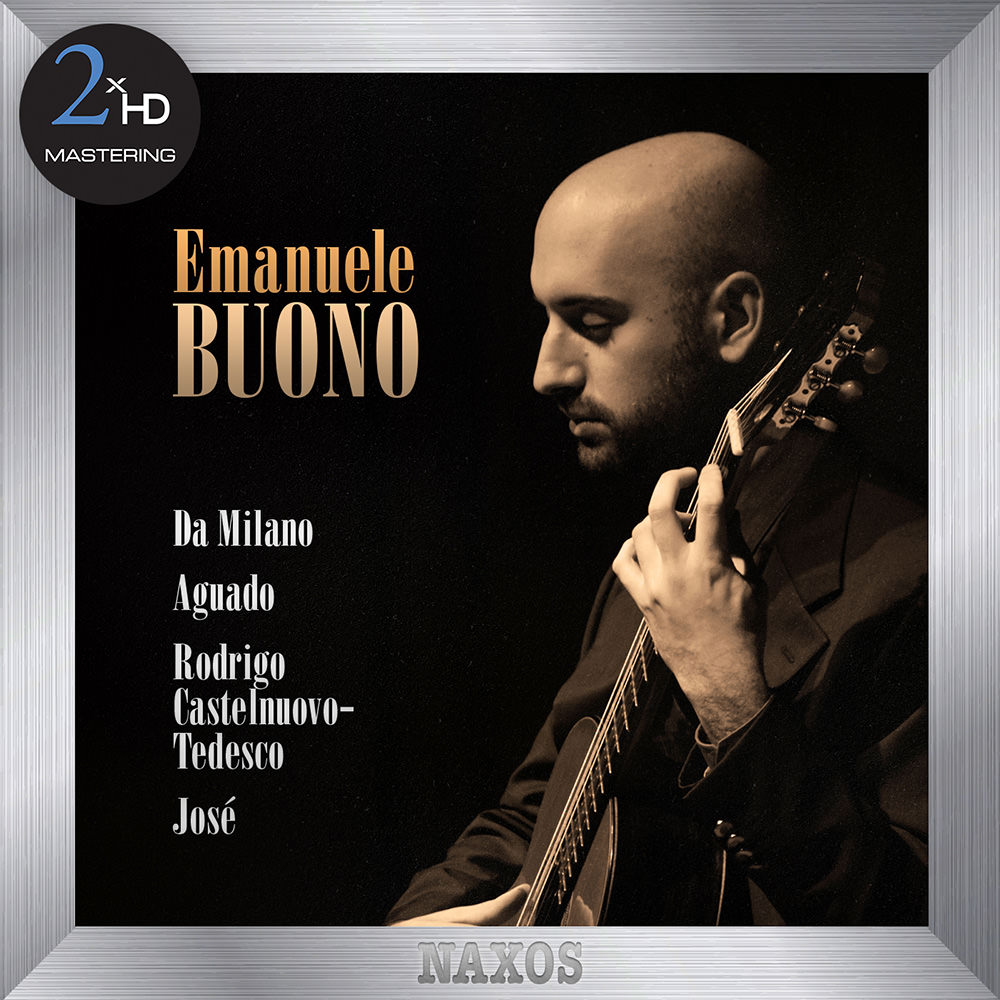 Emanuele Buono, the winner of the 2013 Michele Pittaluga Guitar Competition, has established himself as one of the most highly regarded and active guitarists of his generation. This fascinating programme brings together music from Renaissance Italy, the golden age of the guitar in early 19th century Europe and modern classical sounds from 20th century Spain. This album is part of the Naxos Guitar Laureate Series, boasting some 50 albums featuring competition winners who are today's leading guitar soloists.
192 kHz / 24-bit, 96 kHz / 24-bit PCM and 5.6448 MHz, 2.8224 MHz DSD – 2xHD - Naxos Studio Masters

This album was mastered using our 2xHD proprietary system. In order to achieve the most accurate reproduction of the original recording we tailor our process specifically for each project, using a selection from our pool of state-of-the-art audiophile components and connectors.The process begins with a transfer to analogue from the original 24bits/96kHz resolution master, using cutting edge D/A converters. The analogue signal is then sent through a high end tube preamplifier before being recorded directly in DXD using the dCS905 A/D and the dCS Vivaldi Clock. All connections used in the process are made of OCC silver cable.
DSD and 192kHz/24-bit versions are separately generated, directly from the analogue signal.