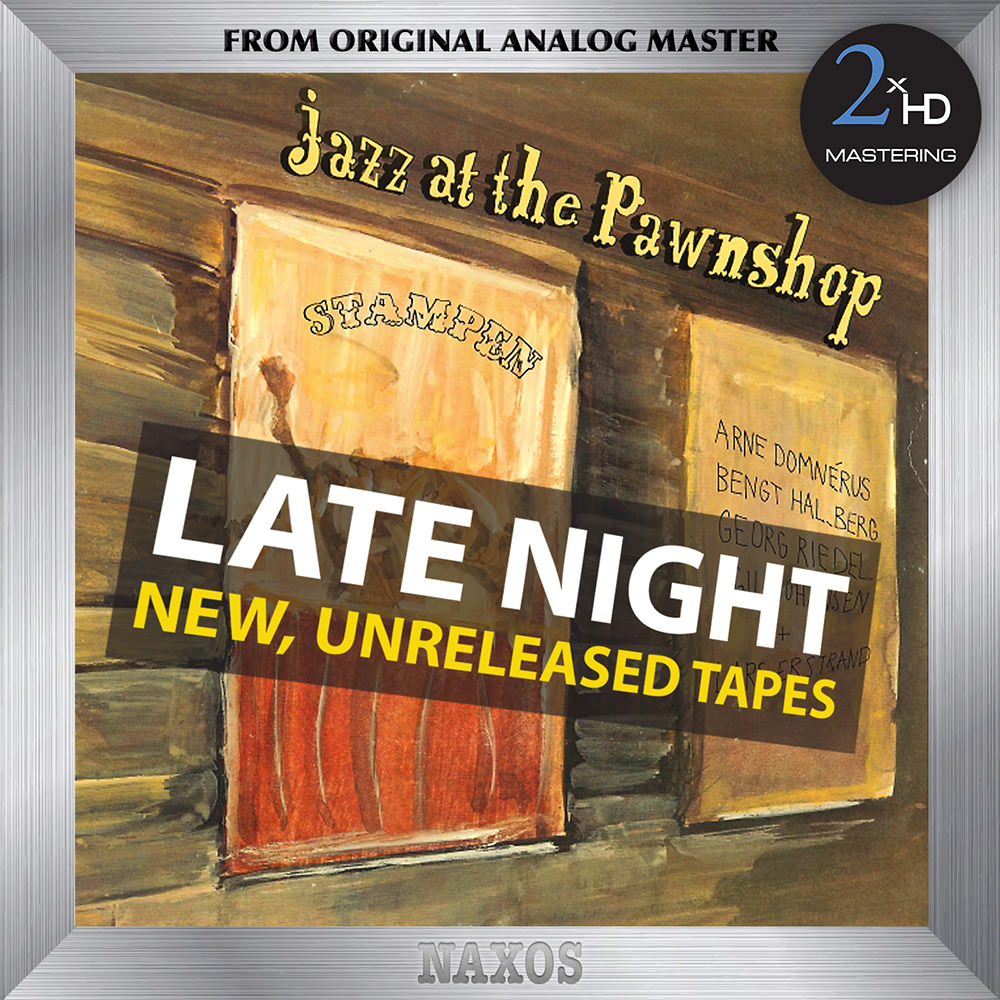 Available in 352.8 kHz / 24-bit, 192 kHz / 24-bit, 96 kHz / 24-bit AIFF, FLAC and 11.2896 MHz, 5.6448 MHz, 2.8224 MHz DSD high resolution audio formats
Anyone who owns the original Jazz at the Pawnshop, considered one of the most famous audiophile albums in music, will not be able to resist this companion album which captures the enduring spirit of the intimate Pawnshop jazz club in Stockholm. It’s called Late Night because these previously unreleased songs were played during the last two sets late at night. The treasured 40-year-old tapes were discovered accidentally and found to be in excellent condition; a week was spent editing and mastering them in high resolution for this album, which includes musical tags to indicate the end of a set and uses slow fade-outs and fade-ins to identify the breaks. You can hear the band members walk back on stage, pick up their instruments and get into the final sets on this electrifying recording that brings together musicianship and engineering in a magical symbiosis.
352.8 kHz / 24-bit, 192 kHz / 24-bit, 96 kHz / 24-bit PCM and 11.2896 MHz, 5.6448 MHz, 2.8224 MHz DSD – 2xHD - Proprius Studio Masters