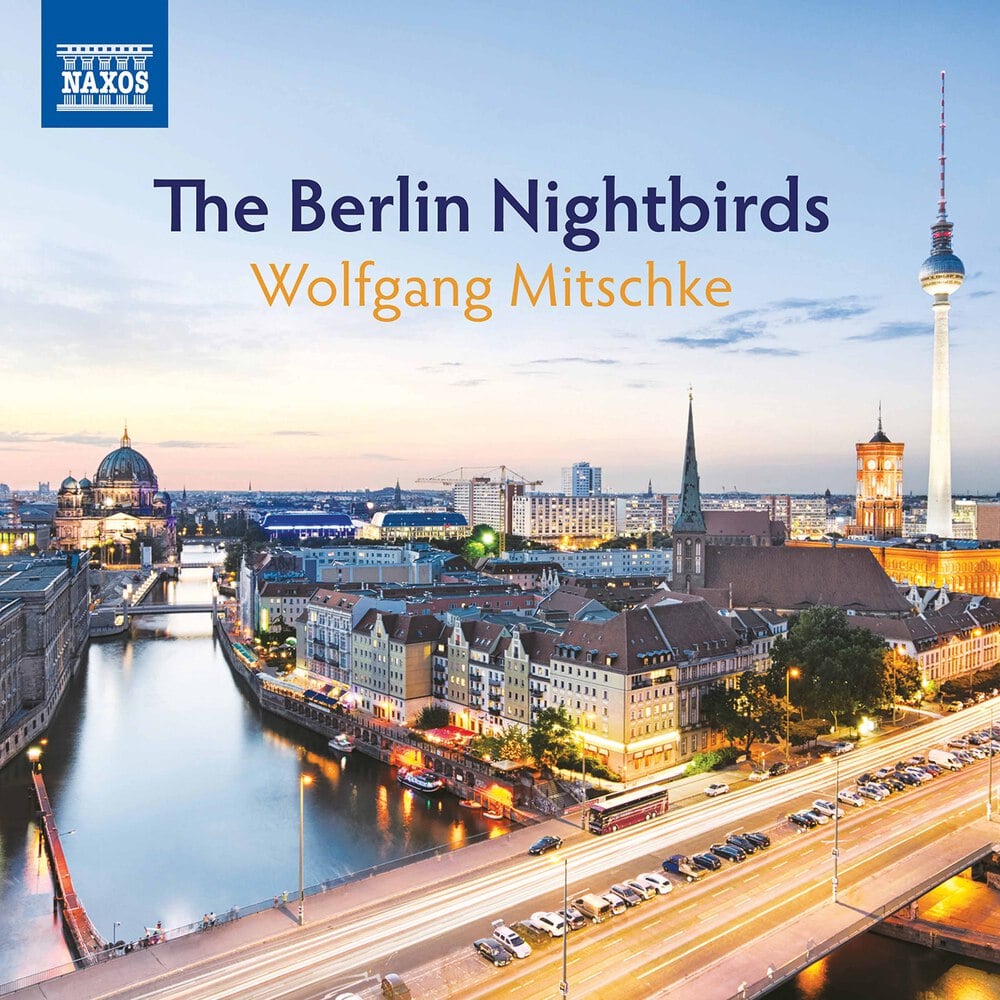 Available in 44.1 kHz / 24-bit AIFF, FLAC audio formats
The jazz pianist Wolfgang Mitschke appeared in Jazz magazines for the first time with Jazz masters such as Albert Mangelsdorff, Charlie Mariano, and Don Friedmann and became known to a wider audience with his Fusion Jazz record Night Over Berlin, published by SKIP-Records. A stylistically similar album with the title Midnight Moods was also released by SKIP in the summer of 2008. On these albums, Wolfgang Mitschke already understood to organically employ the technical possibilities “single-handledly” with perfectly sampled sounds of the piano, e-piano, bass, rhythm guitar, strings, and the drum in such a way to produce a full sound impression.
44.1 kHz / 24-bit PCM – Naxos Studio Masters

Tracks 4, 11 – contains material which has been processed by a perceptual audio coding algorithm