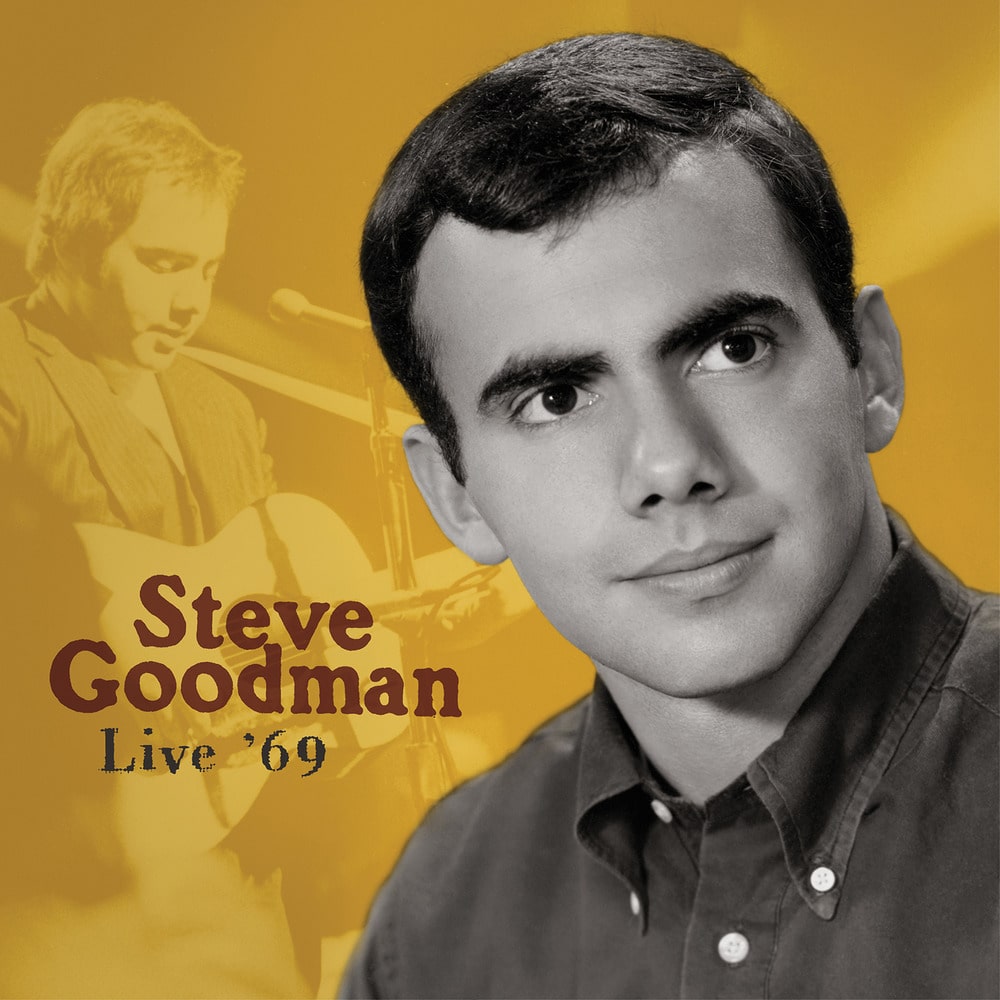 Before Steve Goodman landed a record deal in 1971, and a few years before his classic “City Of New Orleans” became a modern folk standard, he was already a seasoned live performer throughout his hometown of Chicago and surrounding areas. His brilliant songwriting and musicianship, coupled with his engaging on-stage personality and distinctive performance style, made him a favorite of anyone who caught a live show.

In 1969, University of Illinois student Rich Warren hosted his own folk-music program called Changes, modeled after WFMT’s classic The Midnight Special. He was a fan of Goodman’s work, and booked a show at the school’s Auditorium, headlined by Steve. Warren also brought a Tandberg 64X tape deck with two Shure ribbon mikes, an AKG 202E mike and a primi¬tive Shure mixer along to capture the performance. Over five decades later, this influential performance finally sees the light of day.

Live ’69 captures Goodman as his star was rising in the folk scene, and is notable because the show was comprised of 12 wide-ranging covers—from standards to songs by Willie Dixon, Merle Haggard, and Bob Dylan, to a four-song medley including songs by The Beatles and Jefferson Airplane, it’s a unique show in Steve Goodman’s recorded body of work.

“I’ve been involved with folk radio for 50 years, and have recorded hundreds of artists. I’ve rarely seen anyone with the energy, vibrancy, vast repertoire and crowd pleasing ability as Steve Goodman. This recording proves that even before he composed ‘City Of New Orleans’ he owned the stage”
- Rich Warren
44.1 kHz / 24-bit PCM – Omnivore Recordings Studio Masters