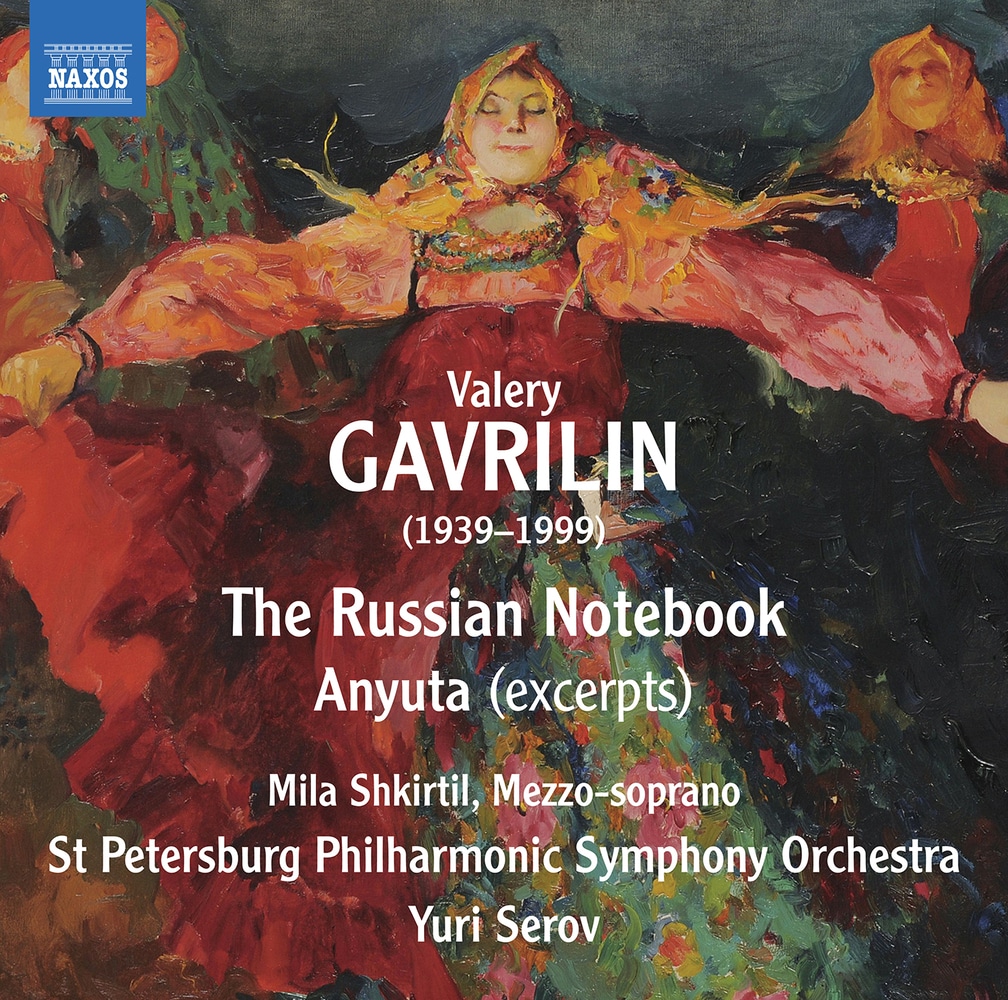 Available in 96 kHz / 24-bit AIFF, FLAC high resolution audio formats
Valery Gavrilin was one of the most colourful and significant Russian composers of the second half of the 20th century. He was only 25 when he composed "The Russian Notebook", a ‘poem of love and death’ crafted in a new musical language that doesn’t employ folk melodies but does use folkloric texts, and with a virtuosic vocal part. These stylized tunes are combined with rich melodies to form a haunting cycle heard here in a 2018 orchestration. The ten numbers from the ballet "Anyuta" are lively, melodious and touchingly beautiful.
96 kHz / 24-bit PCM – Naxos Studio Masters