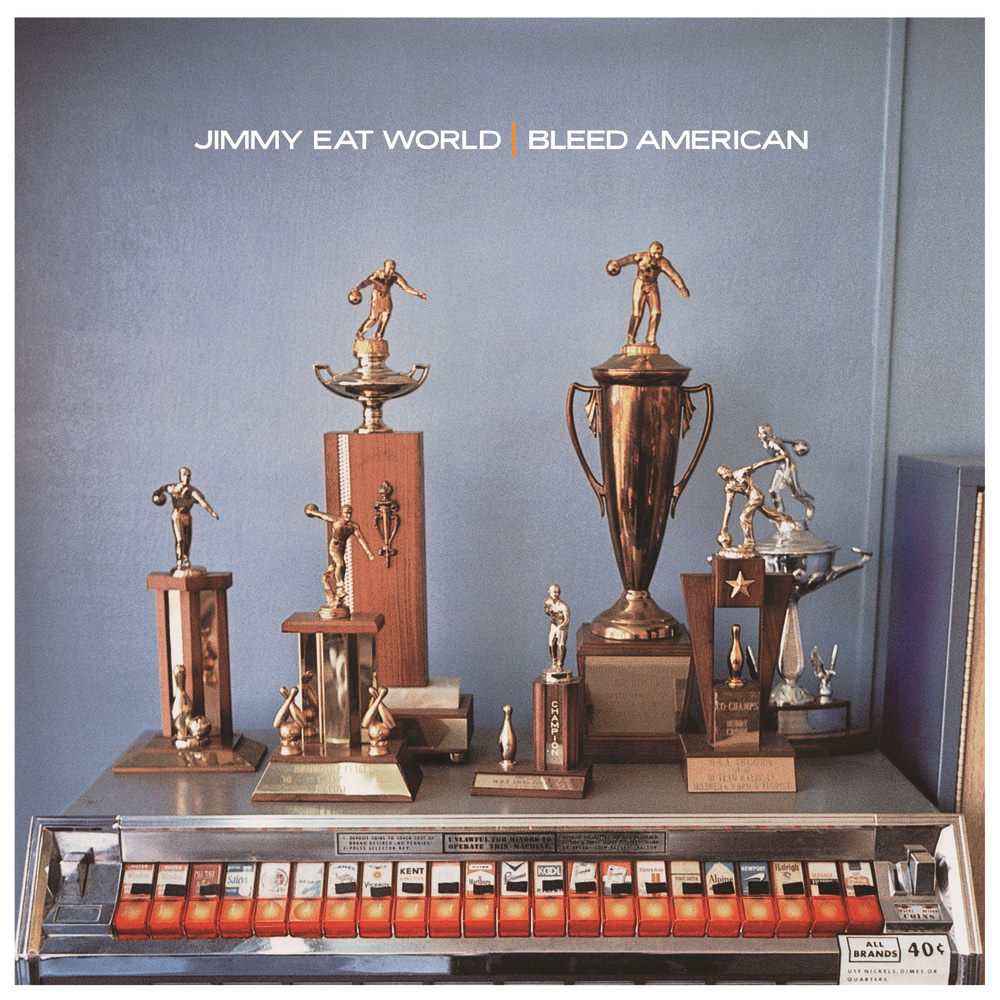 Available in 192 kHz / 24-bit, 96 kHz / 24-bit AIFF, FLAC high resolution audio formats
"... (the) effervescent tunes are bittersweet, not bawdy ... will appeal to the sensitive guy who stops to pick his girlfriend daisies; (also includes) fizzy, wallop-packing rockers such as the title track and The Middle ... a fine balancing act. B." - Entertainment Weekly "... an enjoyable, catchy mainstream rock album. Combining alternative rock with a catchy pop-punk influence, Jimmy Eat World utilizes powerful song writing, emotional vocals and driving interludes to carve their niche into the music scene ... should have plenty of replay value ..." - Sputnikmusic Bleed American, the fourth album from pop-punkers Jimmy Eat World, includes the band's biggest single, The Middle, a number five hit in the US. The success of that track propelled album sales past a million copies, becoming the group's commercial breakthrough and a critical favourite. Bleed American has been included on many lists of the best albums of 2001 and the greatest albums of all time.
192 kHz / 24-bit, 96 kHz / 24-bit PCM – Interscope Studio Masters