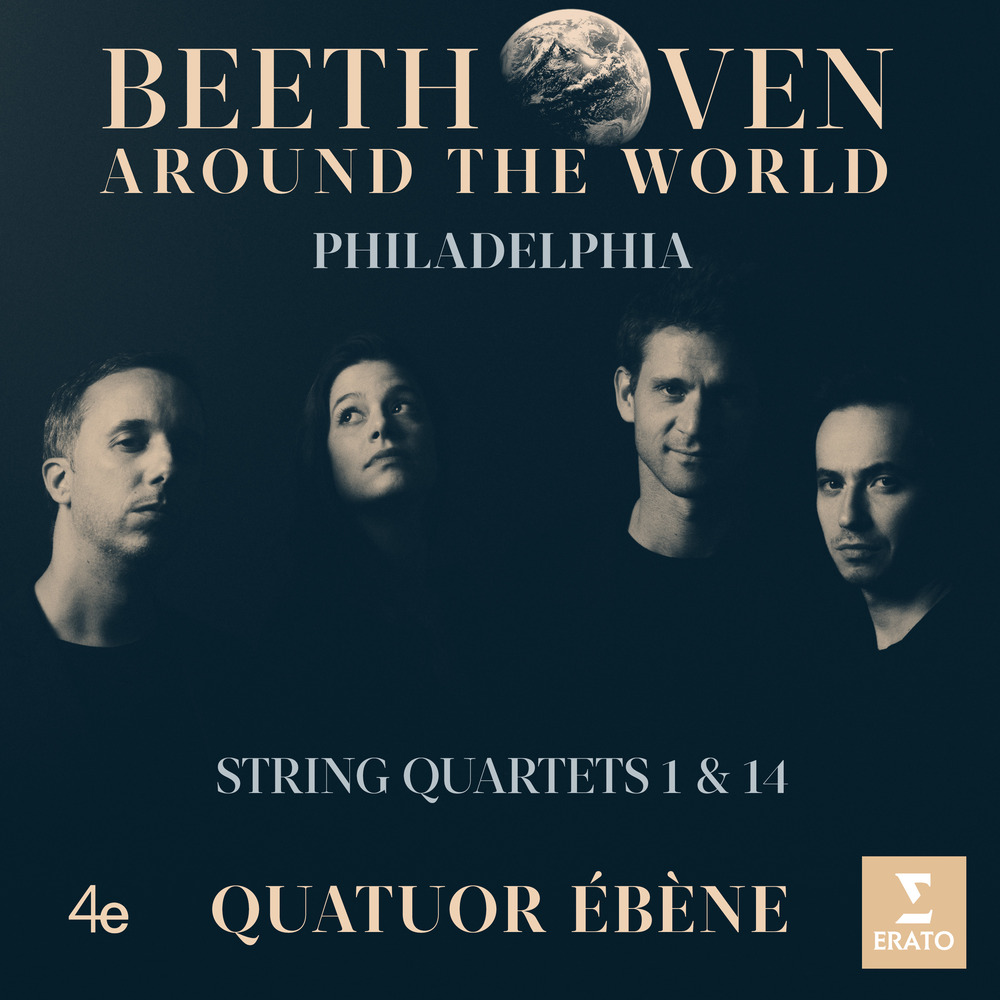 Available in MQA and 96 kHz / 24-bit AIFF, FLAC high resolution audio formats
The genesis of Beethoven Around the World started in 2014 when Quatuor Ébène was invited to perform the complete Beethoven quartets at Carnegie Hall in New York in 2020, the composer’s 250th jubilee year. This invitation engendered the idea of playing Beethoven not just in New York, but around the world for – as the Ode to Joy says – all humanity. From April 2019 to January 2020, the Quatuor Ébène gave some 40 concerts across 18 countries and all six continents. The theme of this world tour is sharing, across geographical and cultural divides. Ébène record their complete Beethoven String Quartets in seven stages: #1 Philhadelphia (Kimmel Center) #2 Vienna (Konzerthaus) #3 Tokyo (Suntory Hall) #4 São Paulo, Brésil (Sala São Paulo) #5 Melbourne, Australia (Melbourne Recital Centre) #6 Nairobi, Kenya (Alliance française de Nairobi) #7 Paris (Philharmonie de Paris - Cité de la musique) This first release in the series comes from the quartet's performance in Philadelphia, where they performed the String Quartets Nos 1 and 14.
96 kHz / 24-bit PCM – Warner Classics Studio Masters