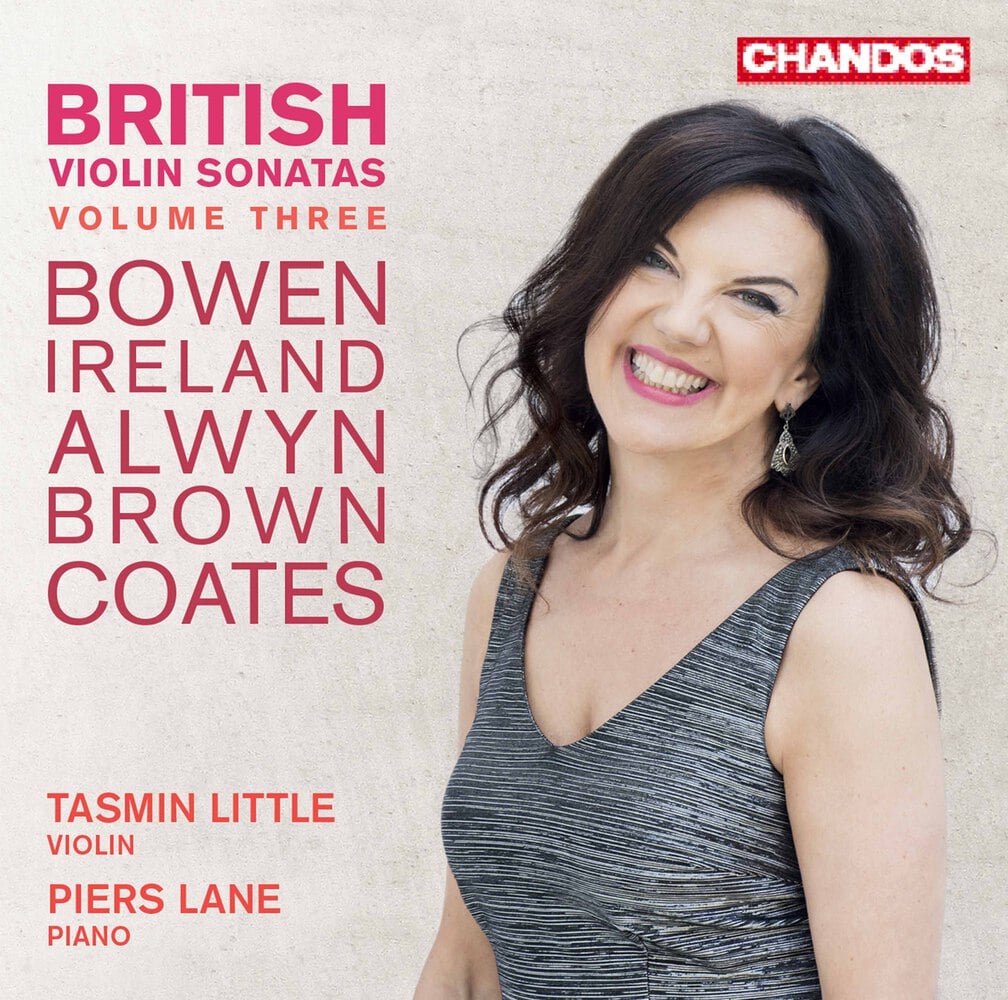 Available in 96 kHz / 24-bit AIFF, FLAC high resolution audio formats
Tasmin Little and Piers Lane complete their three album overview of British violin sonatas with works by York Bowen, John Ireland, William Alwyn, Eric Coates, and the world premiere recording of James Francis Brown’s "The Hart’s Grace". Composed for the inaugural Hertfordshire Festival of Music, the work was premiered by Tasmin in Hertford in June 2016. The central premise of "The Hart’s Grace" is the emotional transformation experienced by a restless observer when encountering the almost magical, elusive freedom of the deer. John Ireland composed his Second Sonata between 1915 and 1917, dedicating it to Albert Sammons who gave the premiere. Alwyn’s Sonatina dates from 1933, whilst the Coates and Bowen pieces were both composed during the Second World War (1943 and 1945 respectively). Coates’s "First Meeting" was commissioned by Lionel Tertis and originally conceived for viola, but it was revised for violin for its publication (in 1943).
96 kHz / 24-bit PCM – Chandos Studio Masters