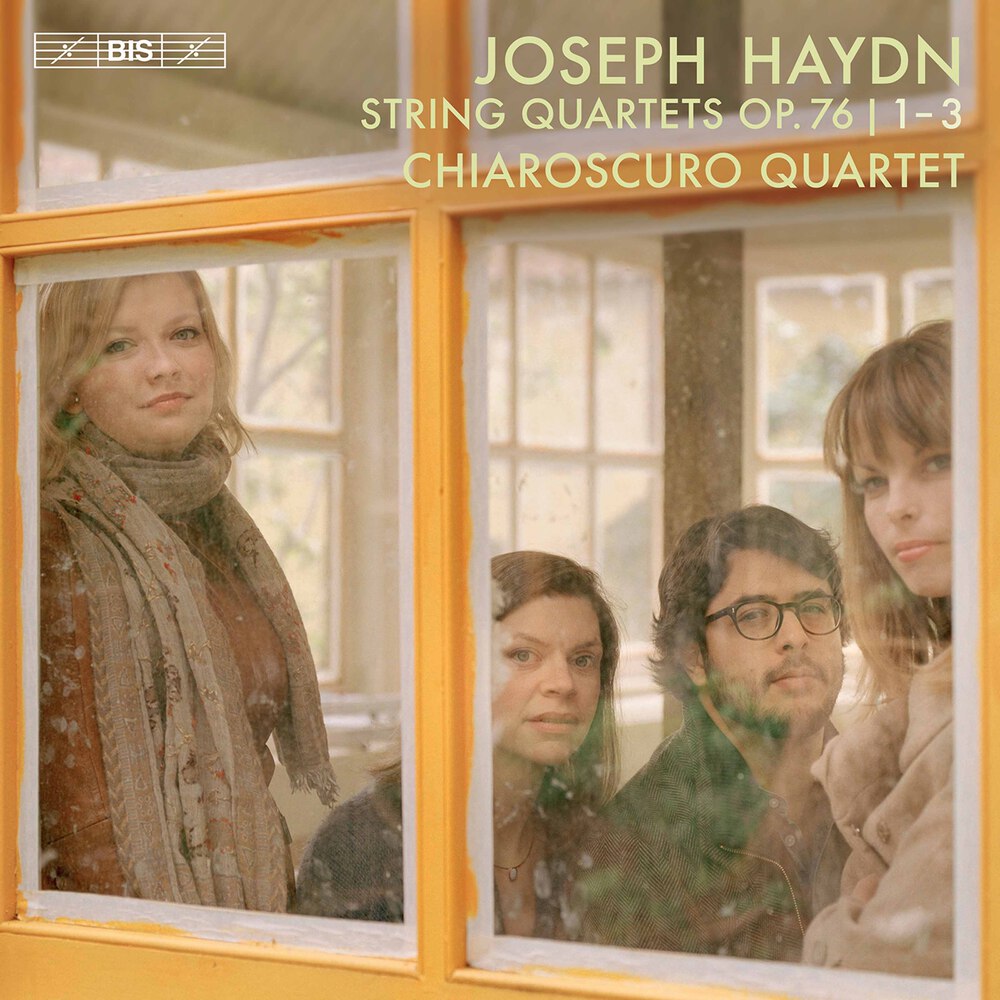 Available in 96 kHz / 24-bit AIFF, FLAC high resolution audio formats
The six so-called "Sun" quartets of Joseph Haydn’s Op. 20 are often said to represent an unprecedented flowering of his string quartet writing, establishing a high watermark to which every other subsequent composer of quartets has paid homage. For all their iconic status the Op. 20 quartets are not a monument of compositional rectitude or propriety, however – it is rather their flexibility, variety and unpredictability that make them so compelling. Every bar is full of a sense of musical adventure, a palpable feeling that Haydn is creating bridges between styles and ideas and forging a composite vision of four-part string writing that draws on every historical source that he knew as well as the furthest reaches of his musical imagination. On this first volume, the first three quartets of the set are performed by the Chiaroscuro Quartet, a highly international ensemble formed in 2005 by the violinists Alina Ibragimova (Russia) and Pablo Hernán Benedí (Spain), the Swedish violist Emilie Hörnlund and cellist Claire Thirion from France. Dubbed ‘a trailblazer for the authentic performance of High Classical chamber music’ in Gramophone, the quartet plays on gut strings and its unique sound – described in The Observer as ‘a shock to the ears of the best kind’ – is admired by audiences and critics all over Europe. Appearing for the first time on BIS, the Chiaroscuro Quartet has a growing and acclaimed discography and in 2015 received Germany’s most prestigious CD award, the Preis der Deutschen Schallplattenkritik.
96 kHz / 24-bit PCM – BIS Records Studio Masters