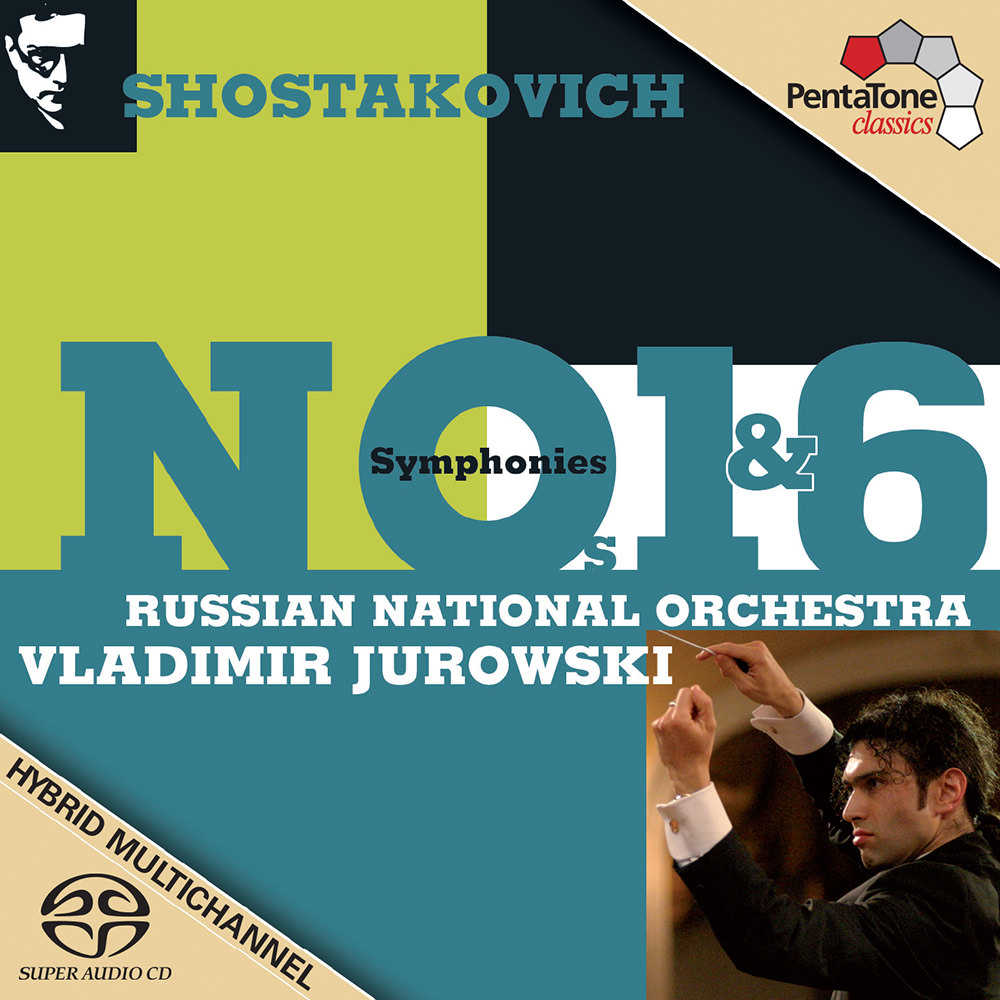 "Editor's Choice ... a remarkable disc from a Russian firebrand, up there with the big guns ... (Jurowski demonstrates) an analytical coolness and forward propulsion that both quicken the pulse and engage the brain. A most satisfying disc by a still-growing, major talent."
- Gramophone

"Five Stars ... great sounding ... the instrumental soundstage is wide and deep, the ambient air and bloom around the instruments give results in superb transparency. The orchestral climaxes are exciting and clear ... the Russian National Orchestra plays brilliantly throughout this wonderful disc. Don’t miss it!"
- Audiophile Audition

This is one volume in a series of Shostakovich symphonies the Russian National Orchestra recorded under various conductors; young maestro Vladimir Jurowski leads the orchestra on the two works contained on this release, called one of the best high-resolution albums of 2006 by Soundstage!.
88.2 kHz / 24-bit PCM and 2.8224 MHz DSD – PentaTone Studio Masters