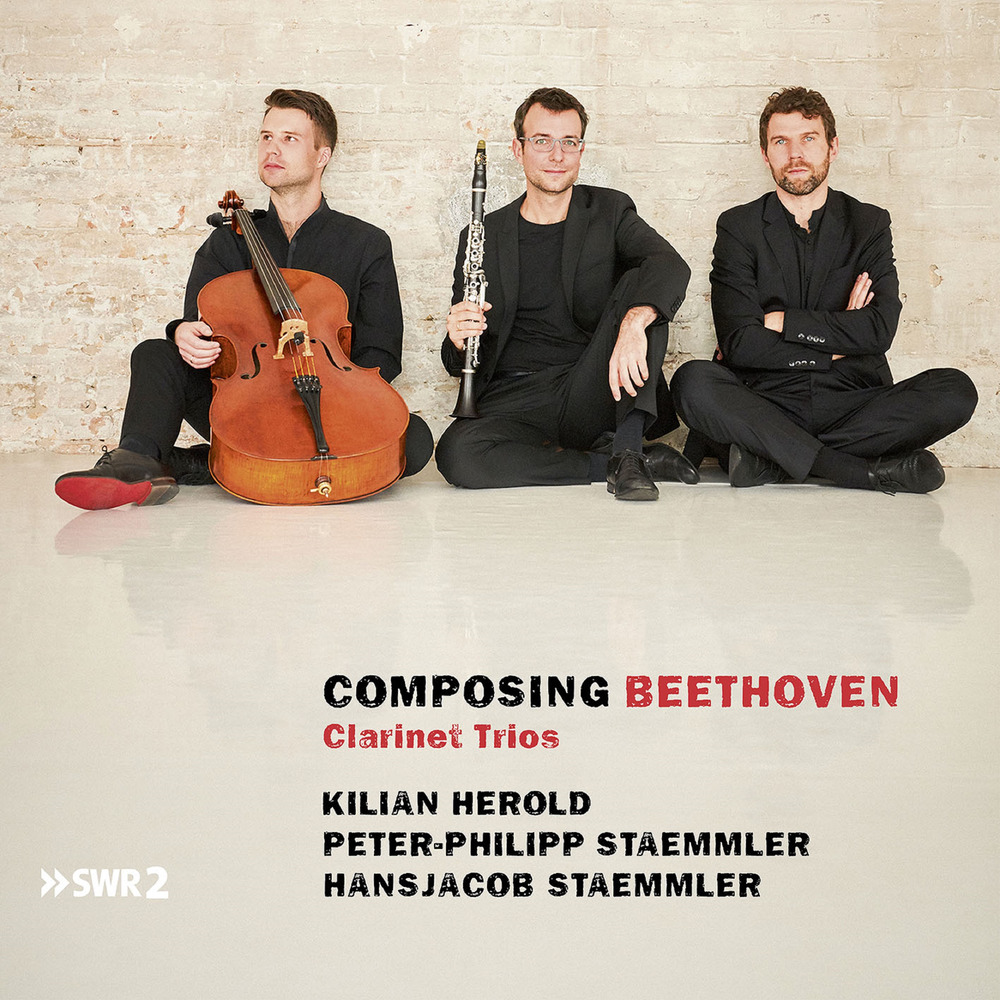 Available in 48 kHz / 24-bit AIFF, FLAC audio formats
No one knows who first gave Beethoven's Trio Op. 11 the nickname Gassenhauer ("street song"). Neither do we know if the name was kindly intended or derogatory, chosen to boost sales or perhaps meant ironically (Heinrich Heine, for instance, would later satirize the omnipresence of a tune, sung everywhere, from Weber's opera chorus "Wir winden dir den Jungfernkranz"). The catchy tune in Beethoven's final movement with variations was the vocal trio "Pria ch'io l'impegno" ("Before I go to work") from the comic opera L'Amor marinaro (The Sailor's Love), composed in 1797 by Joseph Weigl, who was a godchild of Haydn and had been pupil of Antonio Salieri. The aria enjoyed widespread, long-term popularity: more than 30 years after the opera's première, Paganini still delighted Vienna audiences with variations on the same tune. Beethoven wrote his instrumental trio only half a year after the première, probably fulfilling a commission by clarinetist Joseph Bähr, who is said to have asked for variations on that theme. We cannot know whether Beethoven even liked the theme or not……. The most extended item on the program was a work with a relatively reduced lineup of musicians, a sort of reduced court orchestra: the "Septet on 4 string and 3 wind instruments, most humbly and obediently dedicated to Her Majesty the Empress, and played by Sirs Schuppanzigh, Schreiber, Schindlecker, Bär, Nickel, Matauschek, and Dietzel" …… which remained Beethoven's most performed work in the course of his lifetime. Beethoven himself arranged this work with an own Opus number for Clarinet, Cello and Piano around 1802 for the Publisher Breitkopf & Härtel…. When clarinetist Kilian Herold asked composer Johannes Schöllhorn to arrange a Beethoven work for trio, Schöllhorn thought of the Bagatelles Op. 119. The idea was to add a final level to a three-level concept, Composing Beethoven, consisting in an original work by Beethoven, then one of Beethoven's arrangements of his own works, and, finally, a work by Beethoven arranged by a 21st-century composer. Schöllhorn, already well-experienced in creative approaches to music of the past, deconstructs the original piano texture here in such a way that the resulting sound is not too lean, but opens up new areas of freedom for the pianist's new partners. He has conceived a light, airy trio texture brimming with discreet punch lines, interruptions, disruptions, unexpected connections, and cello sonorities ranging from sul tasto to col legno battuto, resulting in a fond, respectful homage to Beethoven.
48 kHz / 24-bit PCM – CAvi-music Studio Masters