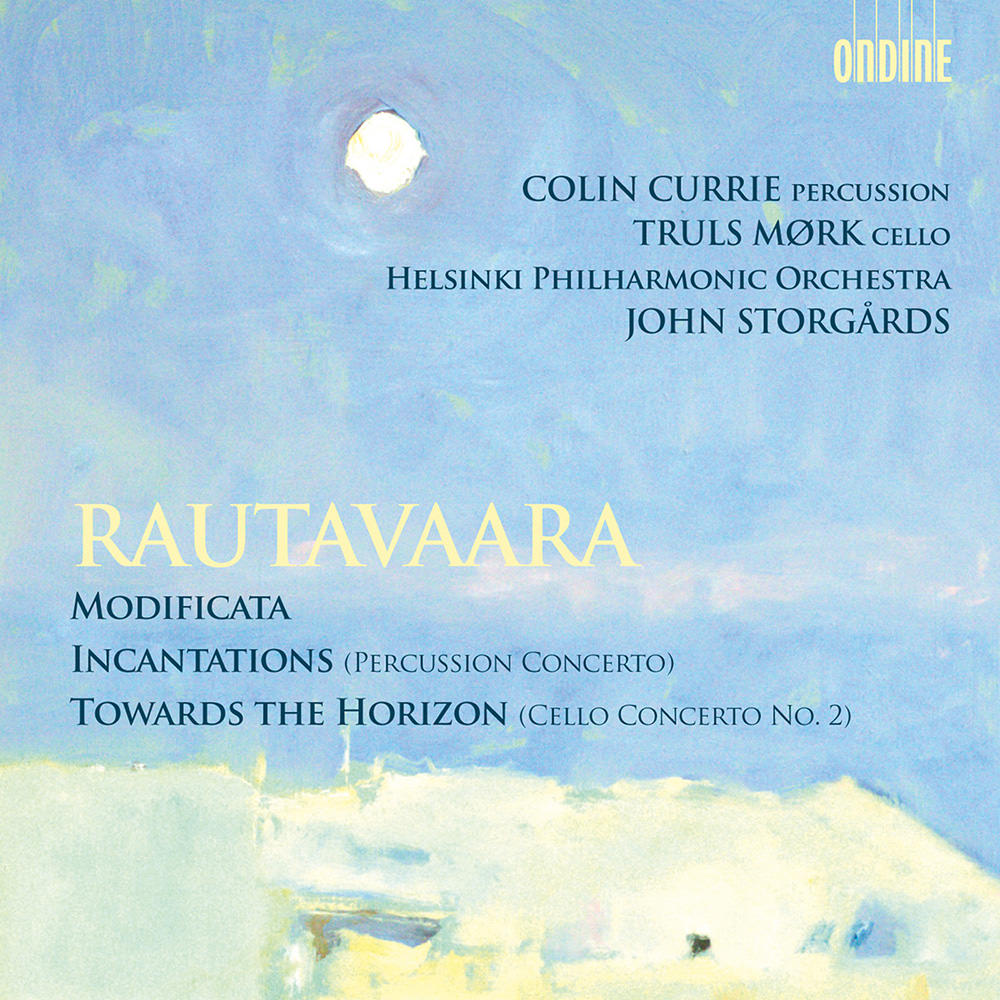 Available in 96 kHz / 24-bit AIFF, FLAC high resolution audio formats
"Four Stars ... a late and lush harvest of works by octogenarian Einojuhani Rautavaara continues apace ... beautifully recorded and definitive performances by the soloists who are their dedicatees." - BBC Music Magazine "... it’s good to have this audible measure of the distance that Rautavaara has travelled over the course of his career ... the performances are excellent. Both concertos are performed by their dedicatees, while the Helsinki Philharmonic does its usual fine job. So do Ondine’s engineers. Very recommendable." - ClassicsToday.com These world premiere recordings combine two recent concertos from notable Finnish composer Einojuhani Rautavaara with an orchestral piece from his early Modernist period. The Percussion Concerto "Incantations" features percussion soloist Colin Currie, to whom the work is dedicated and who himself wrote the virtuoso cadenza to the final movement. Rautavaara's Cello Concerto No. 2 "Towards the Horizon" was composed for cellist Truls Mørk who plays continuously in one 20-minute movement. Under chief conductor John Storgårds, the Helsinki Philharmonic Orchestra builds on its long-time pedigree performing the music of a compatriot.
96 kHz / 24-bit PCM – Ondine Studio Masters