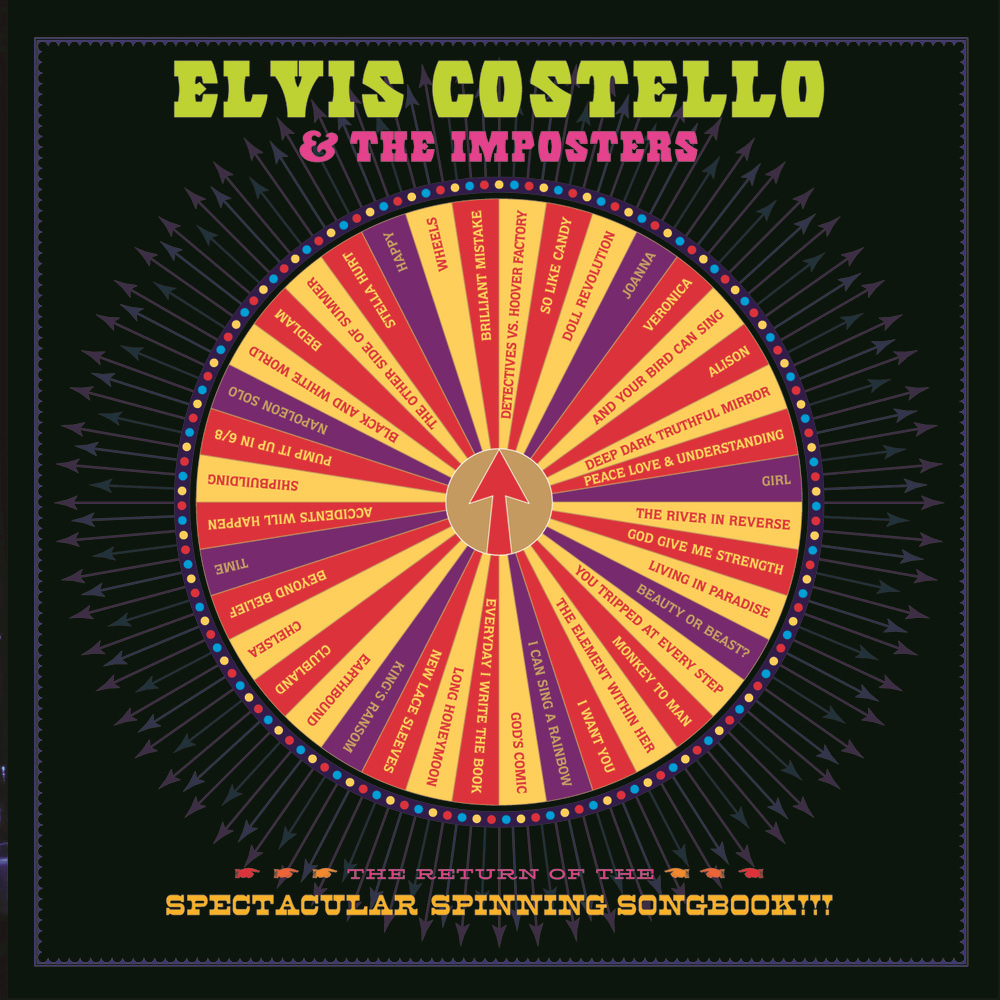 The Return Of The Spectacular Spinning Songbook

Available in 96 kHz / 24-bit AIFF, FLAC high resolution audio formats
"... the kind of uniquely invigorating experience that warrants a buzzword all its own: inspiring." - Los Angeles Times "Put this album on in your car, or while you’re jogging on the treadmill and you’ll be happy to hear any of its 16 tracks." - PopMatters.com "... he and The Imposters are in impeccable form throughout this excellent live (album) ... the presence of the wheel may imply a game of chance, but Costello’s immense talent assures a performance of the highest level." - American Songwriter A highlight of Elvis Costello live concerts is the "spectacular spinning songbook," a roulette wheel spun by audience members to select the songs played each night. This live album, Costello's sixth but his first with backing band The Imposters, was recorded over two nights at The Wiltern in Los Angeles in May 2011. The spinning songbook yielded classic hits for those two shows, including Watching The Detectives, Radio Radio, Everyday I Write The Book and (What's So Funny 'Bout) Peace, Love And Understanding, plus an intriguing cover of the Rolling Stones' Out Of Time.
96 kHz / 24-bit PCM – HIP-O Records Studio Masters