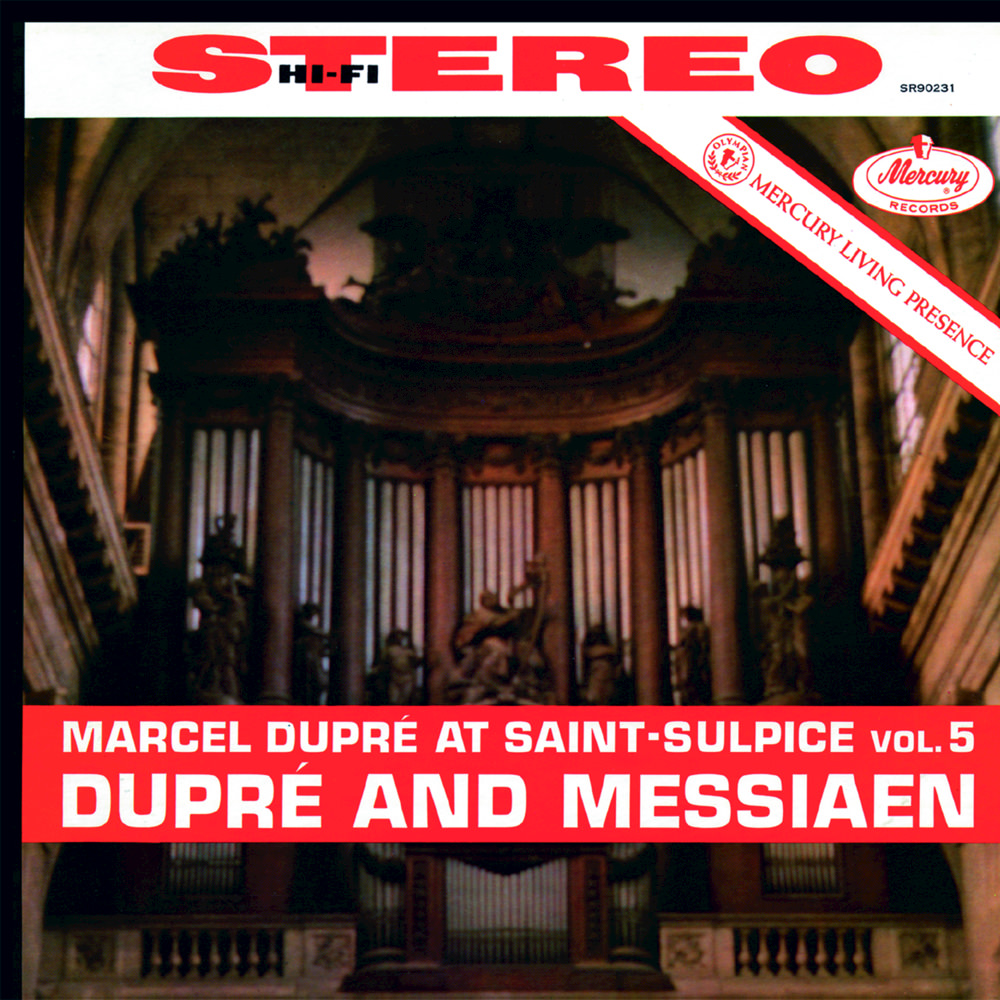 Available in 96 kHz / 24-bit AIFF, FLAC high resolution audio formats
This fifth and final volume of the celebrated Saint-Sulpice series from organist and composer Marcel Dupré is dedicated to the music of Messiaen as well as Dupré's own works. Produced under the Mercury Living Presence banner, Dupré recorded all five albums in Paris over a nine day period in July 1959. Requiring shipment of an equipment-filled truck from the US, the sessions began at about 9 p.m. each evening and lasted into the early hours, a tiring experience for the 73 year old Dupré, whose hands progressively stiffened on the heavy key action of the great St. Sulpice organ. The series proved to be a massive success when first released and these albums have remained popular for more than five decades.
96 kHz / 24-bit PCM – Decca/London Studio Masters

This title is a high-resolution digital transfer of material originating from an analogue recording. It may be limited in bandwidth and dynamic range by the technology available at the time of its original creation, and is offered as a high-quality documentation of a historical release. The Dupré Preludes and Fugues were recorded July 4–9, 1959, and the works by Messiaen July 12, 1959, at the gallery organ of the church of Saint-Sulpice, Paris, on 3-track half-inch tape, using three Schoeps M201 omni-directional condenser microphones. All the pieces were released on SR90231. Recording Supervisor: Wilma Cozart Technical Supervisor: C. Robert Fine Producer: Harold Lawrence Chief Engineer: Robert Eberenz Analog to digital transfer by John K. Chester, from first-generation 3-track master tapes Plangent Process and Audio Restoration by Jamie Howarth 3- to 2-channel Conversion and Mastering for Compact Disc by Thomas Fine Publishers: Chester Music (Dupré Op. 36 Nos. 1 and 3); Maecenas Music (Dupré Op. 36 No. 2); Alphonse Leduc, Paris (Les Bergers); Alphonse Leduc & Cie (Le Banquet Céleste) Remastering ℗ 2015 Decca Music Group Limited Cover Photo: Interior of Saint-Sulpice, Paris, by Frank Horvat, Magnum Booklet Back: The organ at Saint-Sulpice Photo: From the collection of Bruno Chaumet Reissue Producer: Raymond McGill Consulting Engineer: Thomas Fine The Reissue Producer, Consulting Engineer and the AAAMD wish to thank Barry Holden and Paul Moseley for their support in bringing this project to fruition. Art Direction & Design: WLP Ltd