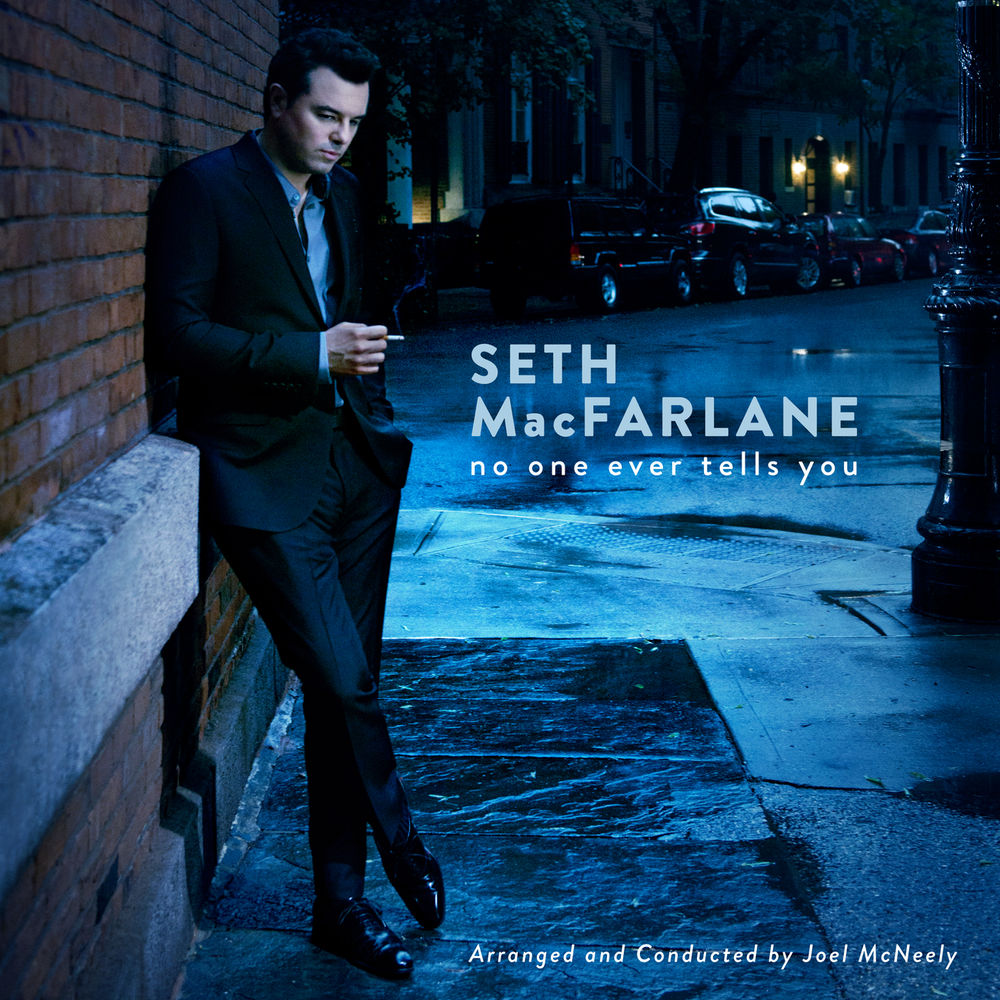 No One Ever Tells You

Available in 96 kHz / 24-bit AIFF, FLAC high resolution audio formats
Grammy nomination - Best Traditional Pop Vocal Album, 2015 Actor and animation king Seth MacFarlane once again proves his mettle as a singer on his third album, a collection of standards, produced by Grammy nominee Joel McNeely. Unusually, the orchestra features a very small string section and only a few brass and woodwinds, but the musicians were carefully selected based on their understanding of the long lost style of playing that this music demands. "There was a time during the mid-1950s and early 1960s when popular song was stretching its creative boundaries, experimenting with more ambitious structures and tones. During this period, a song set out to really tell a story: not just with the lyric and the vocal, but with the arrangements and orchestral interpretations. The songs on this record attempt to do just that." - Seth MacFarlane
96 kHz / 24-bit PCM – Seth McFarlane Concept Album Studio Masters