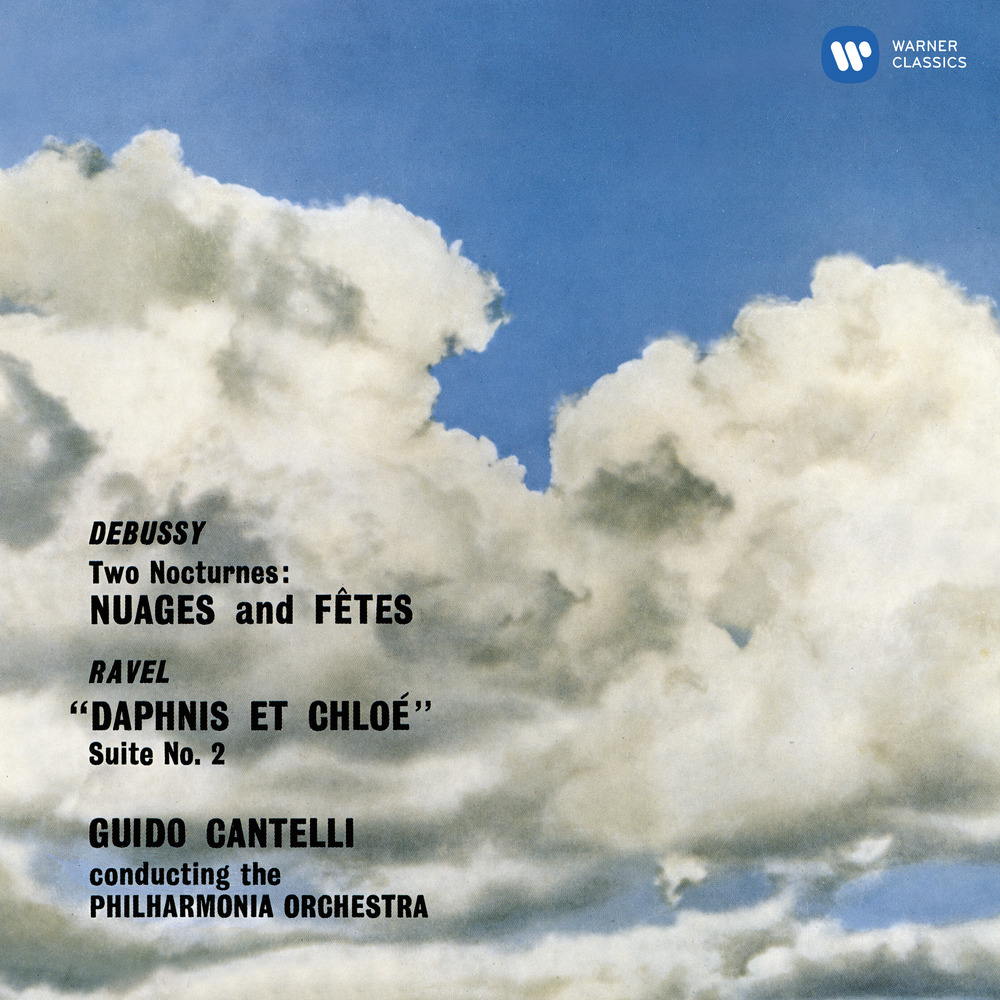 Available in MQA and 192 kHz / 24-bit, 96 kHz / 24-bit AIFF, FLAC high resolution audio formats
Guido Cantelli leads the Philharmonia Orchestra in this ethereal legacy performance of Debussy's "Nocturnes" and Ravel's "Daphnis et Chloé, Suite No. 2". This release comes as part of Warner Classic's new series, Guido Cantelli: The Complete Warner Recordings. A conductor of incandescent energy and exquisite refinement, Guido Cantelli was born in Novara in 1920. His rise to international prominence began in 1948, when he captured Arturo Toscanini’s attention at La Scala. Just eight years later, en route to New York, he was killed in a plane crash near Paris. Covering the intense period between 1949 and 1956, this 10-disc set includes recordings made in London, New York and Rome, with all LP-era items newly remastered from the original tapes in 192kHz/24-bit. Complementing the music, and bearing further testimony to Cantelli’s electrifying influence in the concert hall and recording studio, is a biographical disc featuring interviews with orchestral musicians who performed under his baton.
192 kHz / 24-bit, 96 kHz / 24-bit PCM – Warner Classics Studio Masters