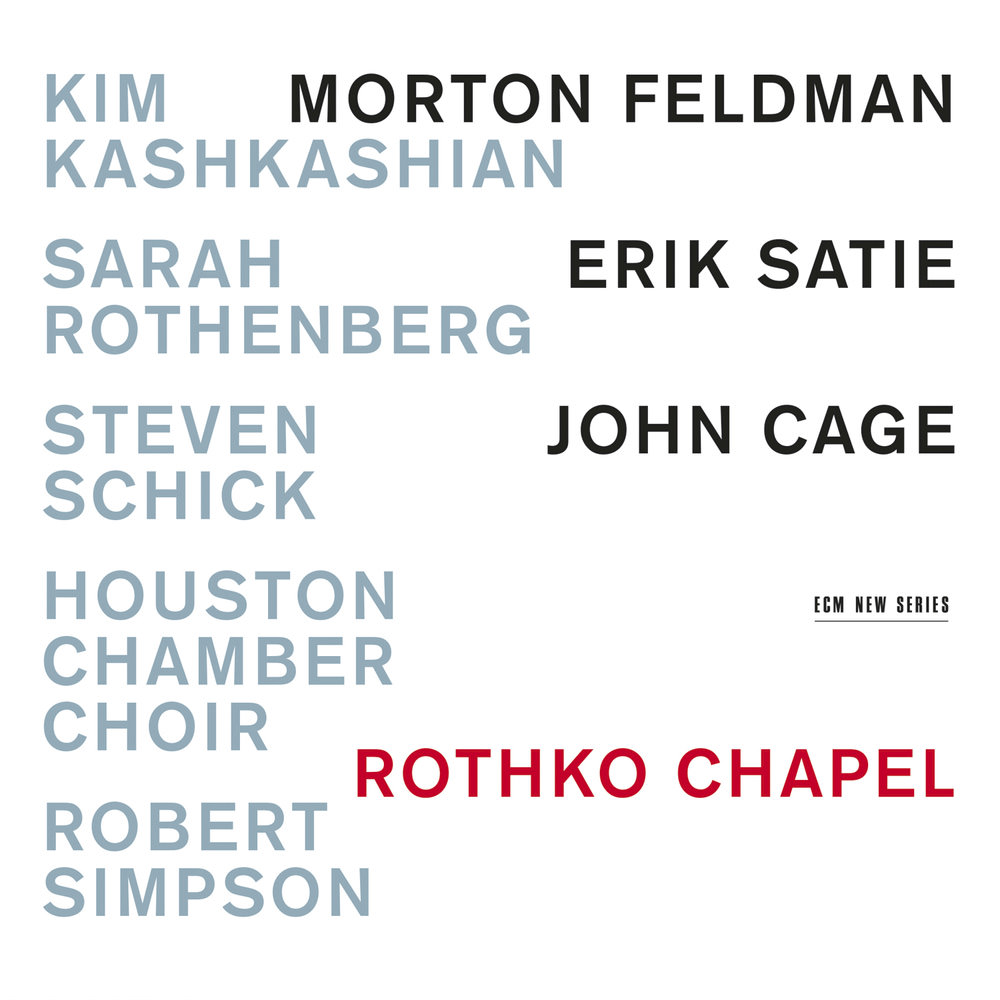 "Four Stars ... the perfect introductory record for those who need an introduction to the increasingly world-conquering musician ... surrounding repertoire, performance and engineering level conspire to make this the definitive version of one of Morton Feldman’s definitive works."
- The Buffalo News

This album explores the musical relationships that existed between Morton Feldman, Erik Satie and John Cage, starting with the title piece, Feldman’s Rothko Chapel, named for the interfaith chapel in Houston housing Mark Rothko’s site-specific paintings. Cage was inspired by Satie and Feldman was inspired by Cage while Rothko was inspired by modern music including Feldman and Cage. In 2011, to celebrate the 40th anniversary of the Rothko Chapel, a concert was held bringing together works by the three composers. That programme is reprised on this recording, performed by violist Kim Kashkashian and keyboardist Sarah Rothenberg, supported by solo vocalists, percussion and the Houston Chamber Choir.
44.1 kHz / 24-bit PCM – ECM New Series Studio Masters