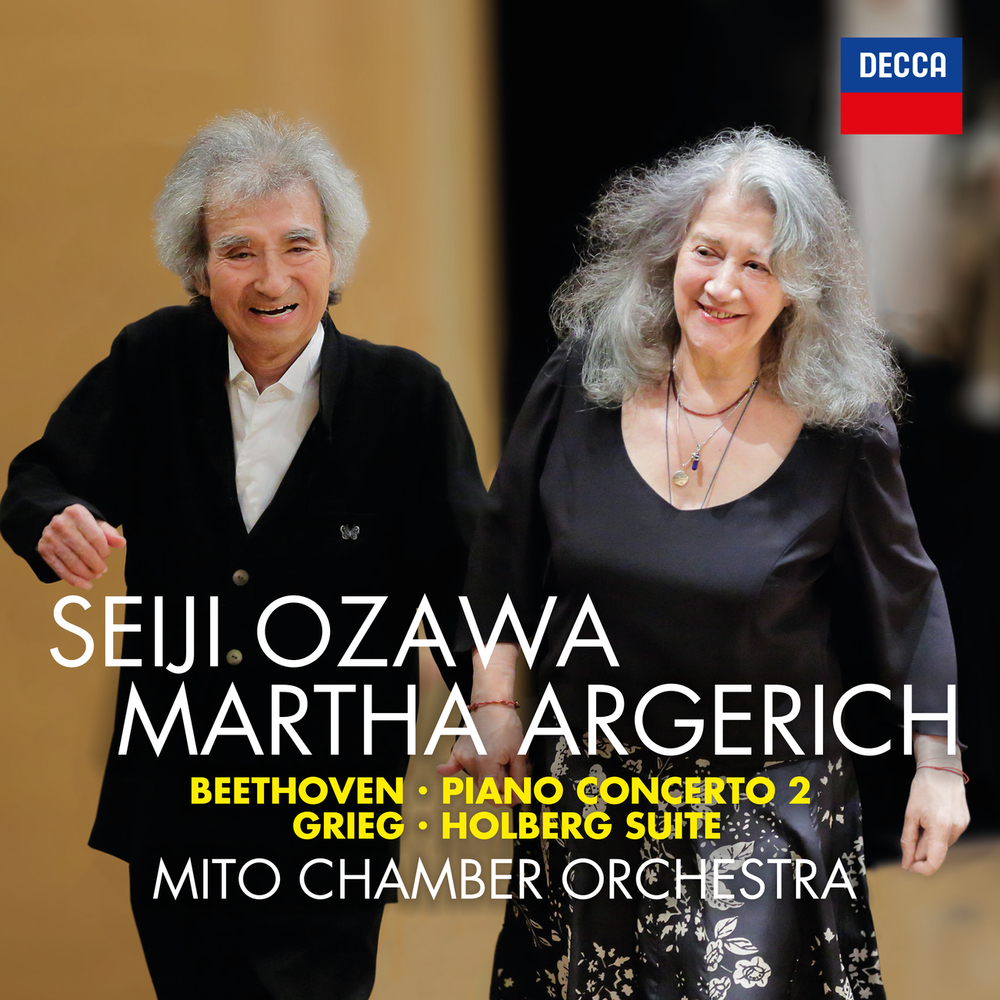 Available in 96 kHz / 24-bit AIFF, FLAC high resolution audio formats
Decca Classics release the second official joint recording from Seiji Ozawa and Martha Argerich, presenting Beethoven’s Piano Concerto No.2 in his 250th anniversary year, and Ozawa’s first-ever recording of Grieg’s Holberg Suite. Following the unprecedented success of their debut collaboration in 2018, the inimitable artists reunite for their next album, recorded live in concert in Japan in May 2019. Argerich and Ozawa first performed together over 40 years ago, when Argerich made her sensational Boston Symphony debut. Since then, the artists have developed a deep creative friendship, lighting up concert halls around the world and achieving critical acclaim. In 2018 they recorded their first ever album: Beethoven’s First Symphony with the Mito Chamber Orchestra who also feature on this new release. The recording is Ozawa’s second international release with Mito Chamber Orchestra: a hand-picked ensemble of international players drawn from Japan, Europe and North America. The orchestra was established in 1990 under Ozawa’s direction and has since collaborated with some of the world’s most celebrated musicians – from Szymon Goldberg to Mstislav Rostropovich and Andras Schiff.
96 kHz / 24-bit PCM – Decca Music Group Studio Masters