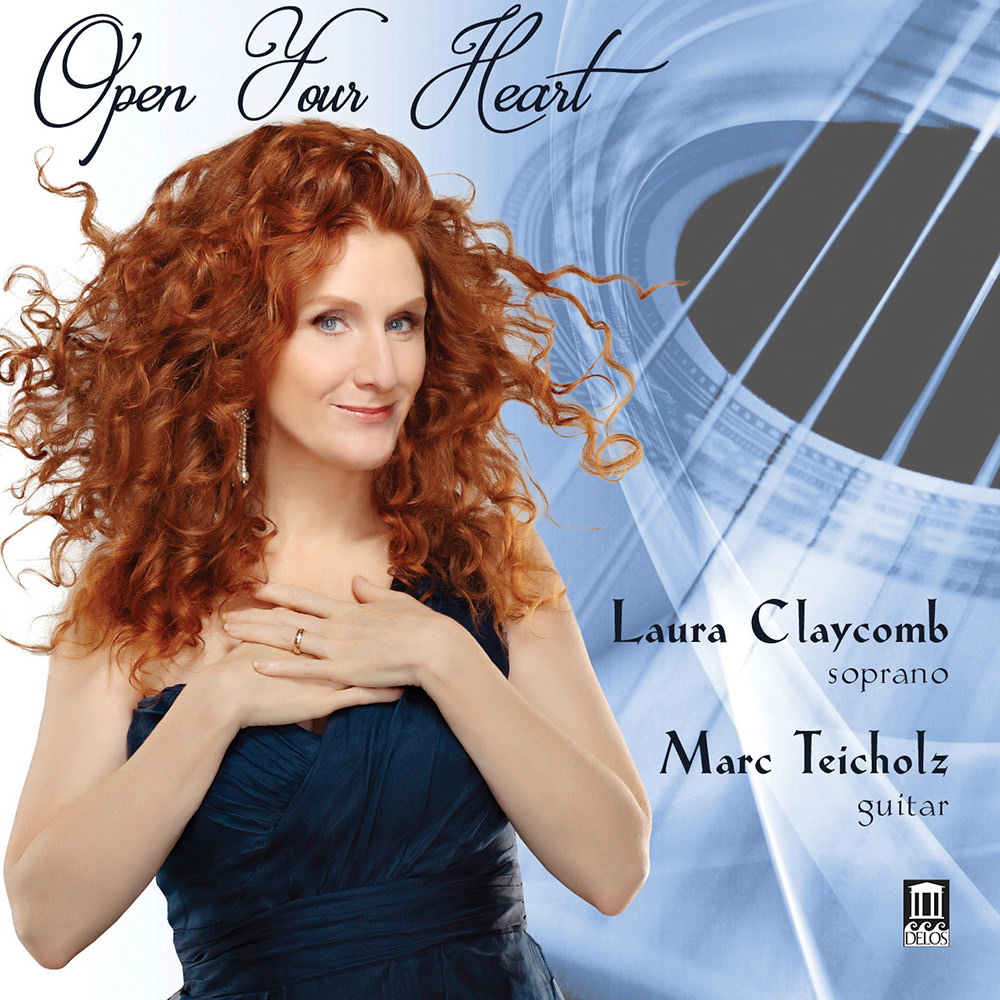 Open Your Heart is the debut solo album from Grammy-winning American coloratura soprano Laura Claycomb, recorded at Skywalker Studios. Best known for her work in opera, Claycomb explores here an entirely different aspect of her artistry: a more intimate and personal interpretive approach featuring assorted art songs with guitar. She is accompanied by guitarist Marc Teicholz, her longtime collaborator and musical soulmate. The duo presents a diverse programme of vocal music, either written originally for voice and guitar or transcribed, mostly by Teicholz, for guitar.
48 kHz / 24-bit PCM – Delos Studio Masters