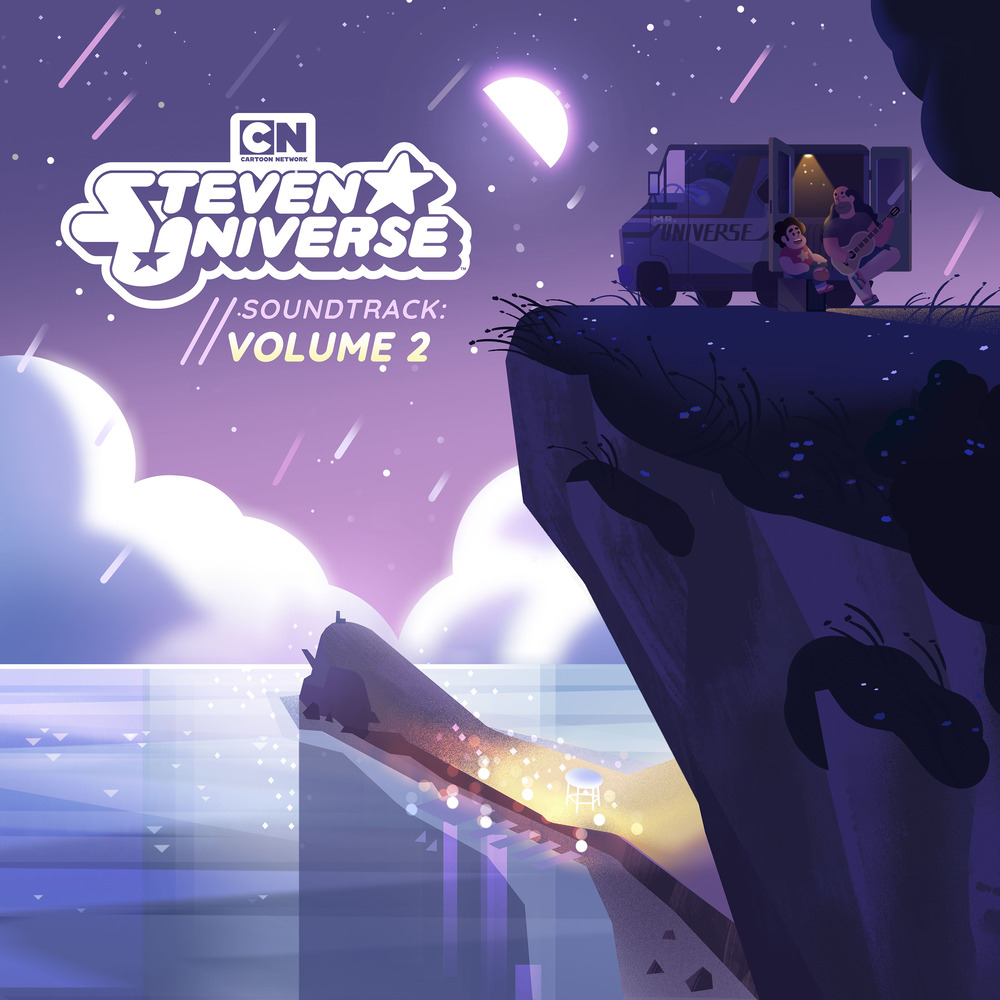 Available in MQA and 48 kHz / 24-bit AIFF, FLAC audio formats
Steven Universe, Vol. 2 (Original Soundtrack) is the second compilation album for the animated series, Steven Universe, containing all the songs from the 5th Season of the series, as well as a reprise of the beloved song "Love Like You". Steven Universe is the coming-of-age story of a young boy, Steven Universe (voiced by Zach Callison), who lives with the Crystal Gems—magical, humanoid aliens named Garnet (Estelle), Amethyst (Michaela Dietz), and Pearl (Deedee Magno Hall)—in the fictional town of Beach City. Steven, who is half-Gem, has adventures with his friends and helps the Gems protect the world from their own kind.
48 kHz / 24-bit PCM – Cartoon Network / WaterTower Music Studio Masters