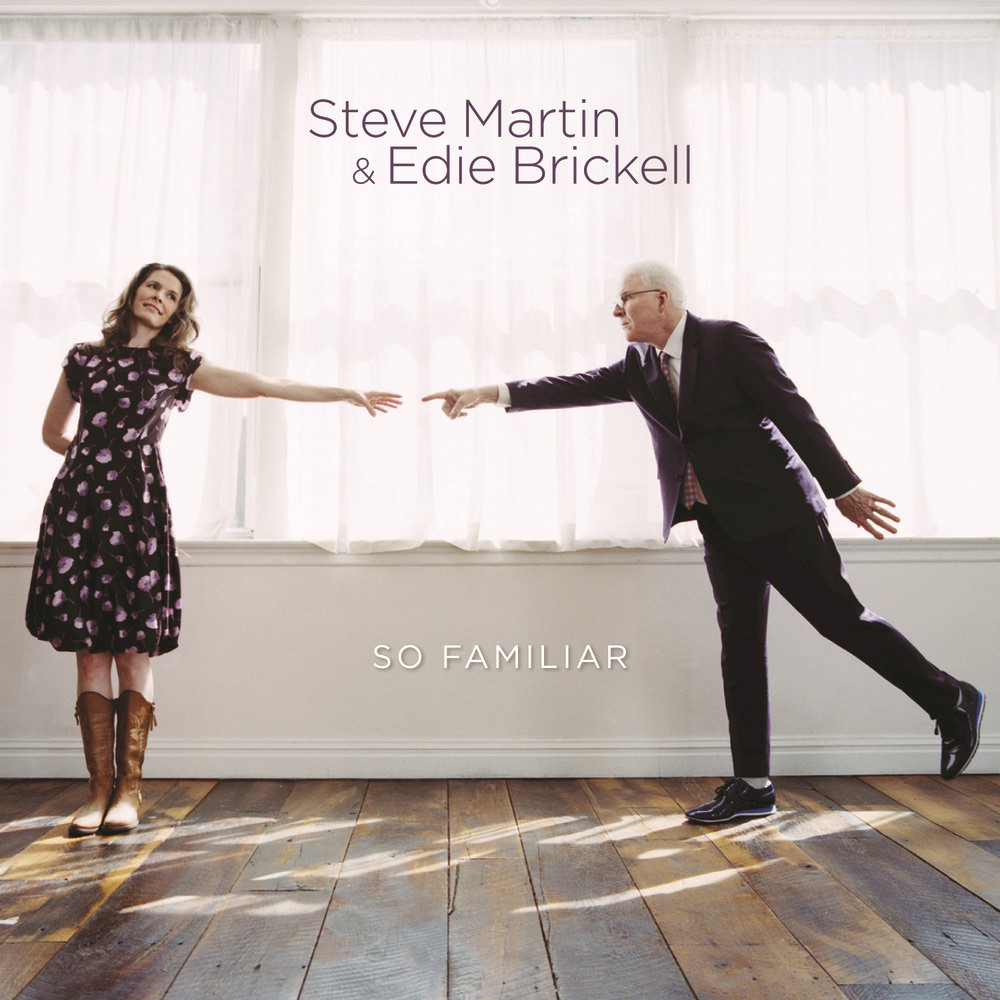 "... the arrangements are a bit more lush, with strings prominent on several tracks."
- USA Today

"... Edie Brickell (has) one of Americana's most criminally underrated voices ... a more lighthearted affair than their more subdued debut ... true to the title, the duo's dynamic now seems all the more intuitive."
- Exclaim!

"... a follow-up that’s every bit as charming and melodious as their first ... (proves) Martin’s musical triumph was no mere fluke ... the real accomplishment comes via the bond the pair have established ... the most winsome tunes find Martin and Brickell effecting their mellow mood with only the barest accompaniment, putting the sentiment across all on their own."
- PopMatters.com

Grammy-winning team Steve Martin and Edie Brickell continue their collaboration with So Familiar, their second studio album. Produced once again by Peter Asher, these songs showcase an organic, evolving relationship that brings out new creative strengths in Martin's inventive, expressive five-string banjo work and Brickell's distinctive vocals. The two are joined by several guests including Béla Fleck, Mike Einziger of Incubus and Martin's own band the Steep Canyon Rangers.

"I guess this is the logical sequel to the first album, but it's also different in a lot of ways. It sounds bigger and wider and has a lush feeling that I really like ... Edie's voice sounds beautiful with these arrangements ... Peter really had a vision and he came up with some wonderful things."
- Steve Martin

"I'm very lucky that Steve offered me a way out of empty nest syndrome. He encourages me; he brings out my best. That's about as exciting as it gets."
- Edie Brickell
96 kHz / 24-bit PCM – New Rounder Studio Masters