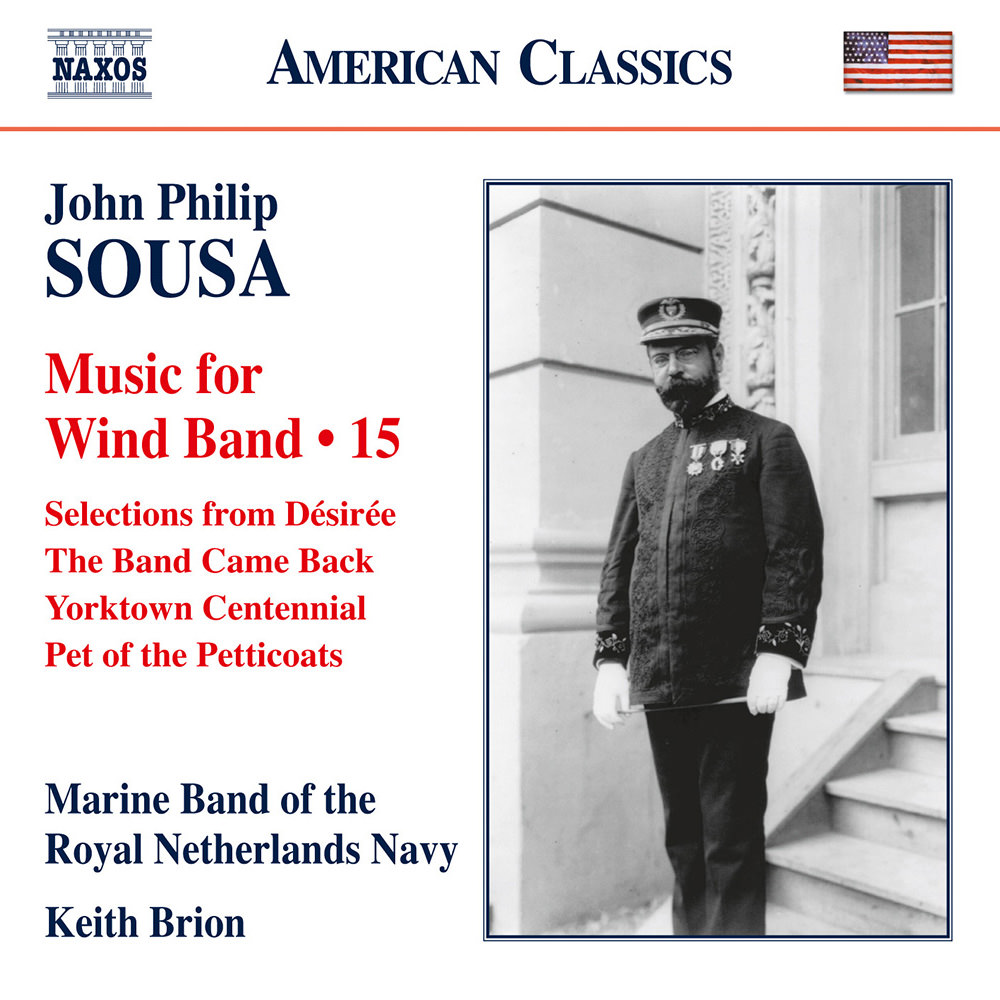 Available in 96 kHz / 24-bit AIFF, FLAC high resolution audio formats
On this second-to-last volume of an internationally admired series, the Marine Band of the Royal Netherlands Navy presents a wide variety of Sousa's compositions, including four world premiere recordings. The programme ranges from early marches to music from his operettas, a Chopin arrangement and the stirring Yorktown Centennial March, as well as inventive works in which Sousa experimented with the march form itself.
96 kHz / 24-bit PCM – Naxos Studio Masters