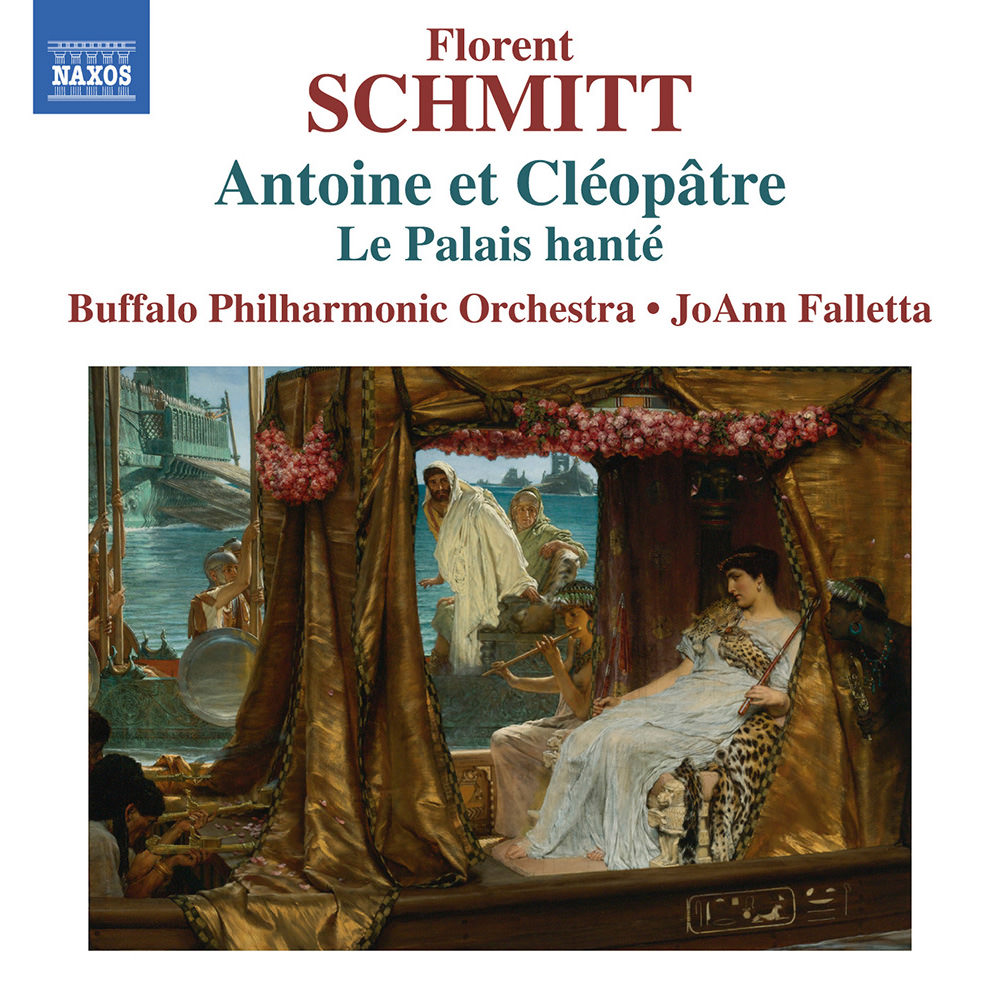 Available in 96 kHz / 24-bit AIFF, FLAC high resolution audio formats
JoAnn Falletta leads the Buffalo Philharmonic Orchestra on this album dedicated to French composer Florent Schmitt, a student of Massenet and Fauré and friend of Ravel and Satie. Hinting at those influences and inspirations, this programme showcases his music for Antony and Cleopatra, initially performed as ballet scenes between the acts of a new production of the play in Paris in 1920. Also included is the lushly-orchestrated The Haunted Palace, based on a translation of Edgar Allan Poe by French poet Stephane Mallarmé.
96 kHz / 24-bit PCM – Naxos Studio Masters