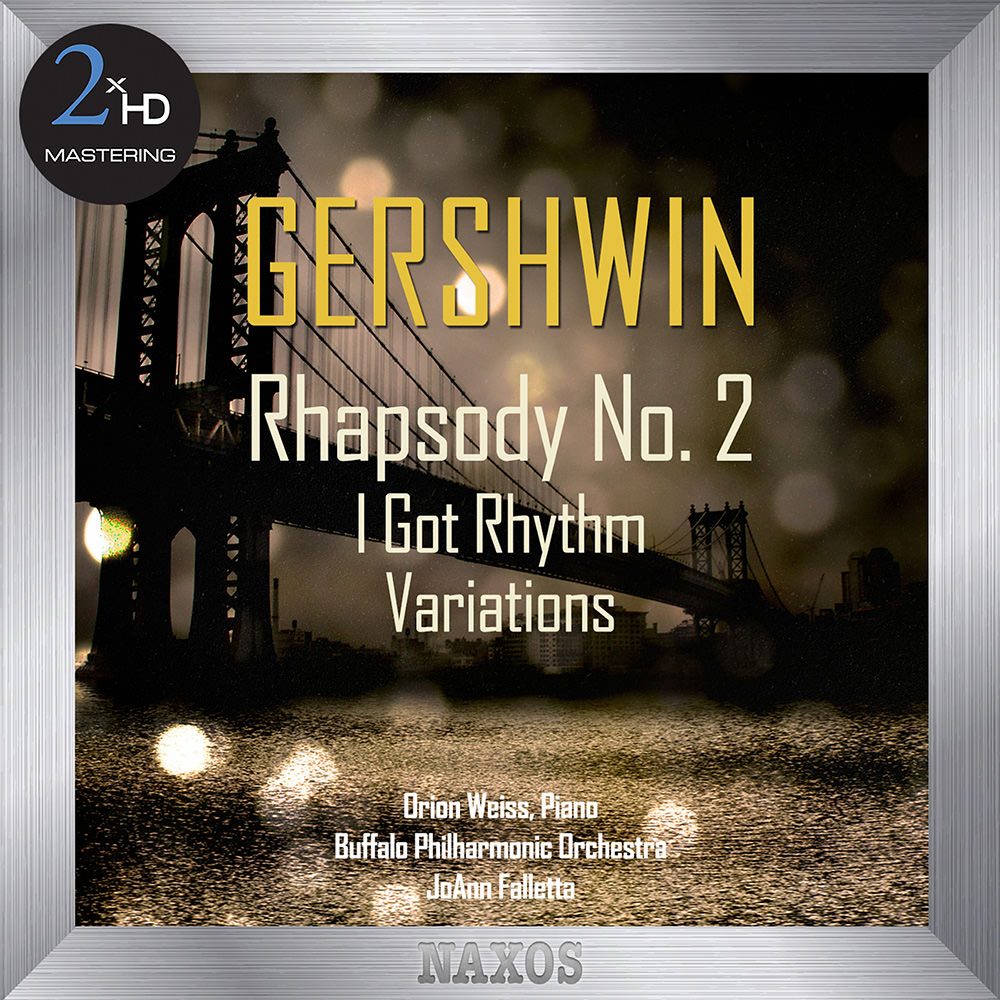 Gershwin: Rhapsody No. 2 - I Got Rhythm Variations

"Weiss is a pianist I’d never heard of ... I find him very easy to like. The tunes roll off the piano with unaffected charm and lyrical shape ... the Buffalo Philharmonic under JoAnn Falletta are his equals and the partnership is truly inspired ..."
- MusicWeb International

"... (JoAnn Falletta) virtually excels herself. The Buffalo Philharmonic produces a big, beautifully proportioned sound, rich in texture with lovely playing ... this is world-class Gershwin; Falletta really swings ... (Weiss) is a thoughtful and scrupulous pianist with a fine technique ... (captured) in full and luminous sound ..."
- Fanfare

JoAnn Falletta leads the Buffalo Philharmonic Orchestra on this Grammy-nominated recording dedicated to George Gershwin. Originally intended as music for a film, the upbeat Rhapsody No. 2 describes the bustling Manhattan cityscape while still under construction. The Concerto in F was written as a response to demands for a "proper concerto" after the success of Rhapsody in Blue. Sourced from his hit musical Girl Crazy, the I Got Rhythm Variations was Gershwin’s last full score. Young American pianist Orion Weiss stands out on this album, praised for its stunning sound quality.
192 kHz / 24-bit, 96 kHz / 24-bit PCM and 5.6448 MHz, 2.8224 MHz DSD – 2xHD - Naxos Studio Masters

This album was mastered using our 2xHD proprietary system. In order to achieve the most accurate reproduction of the original recording we tailor our process specifically for each project, using a selection from our pool of state-of-the-art audiophile components and connectors.The process begins with a transfer to analogue from the original 24-bit / 96 kHz resolution master, using cutting edge D/A converters. The analogue signal is then sent through a high end tube preamplifier before being recorded directly in DXD using the dCS905 A/D and the dCS Vivaldi Clock. All connections used in the process are made of OCC silver cable.