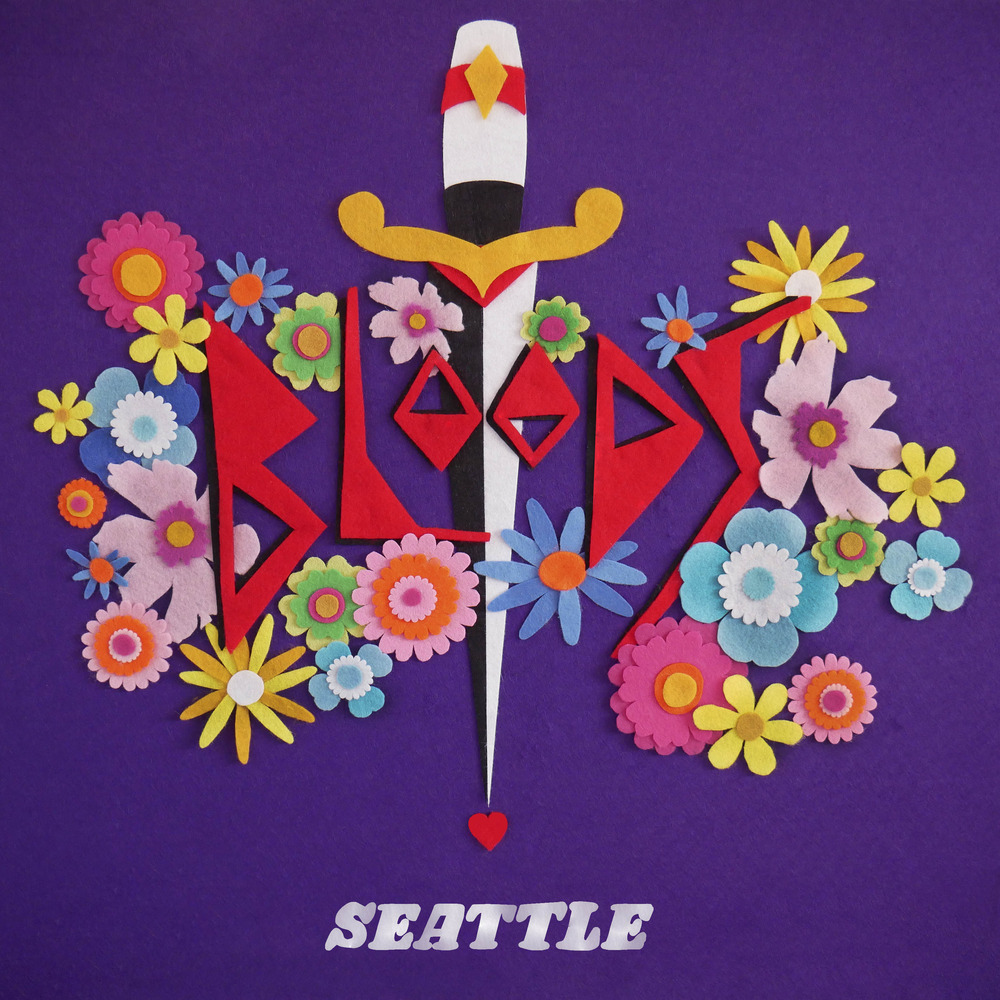 The Seattle EP was created in (you guessed it) Seattle; the city without a doubt most synonymous with the 90s; the era undeniably pulsating through Bloods’ DNA. Pouring through rock mags and staying up late watching music videos on Rage, trying to catch a glimpse of her flannel-clad rock heroes, it would’ve seemed unthinkable to teenage MC that one day she’d be standing in a studio in Seattle about to record with her own band.

But here is where MC and her bandmates Dirk Jonker (drums) and Mike Morgan (guitar, bass and backing vocals) found themselves - recording at Jack Endino’s Sound House (y’know just the guy who recorded Nirvana’s Bleach, no biggie), with Steve Fisk on production and mixing duties (yep, the dude who’s worked with Soundgarden and Mudhoney) and using the very amp Kurt Cobain played through on his band’s debut record.

Bloods have dedicated their free-spirited new EP to that very place. Seattle’s six tracks are dripping in a wry, couldn’t-care-less attitude that would have been right at home in the Seattle of the 90s.
96 kHz / 24-bit PCM – Share It Music Studio Masters