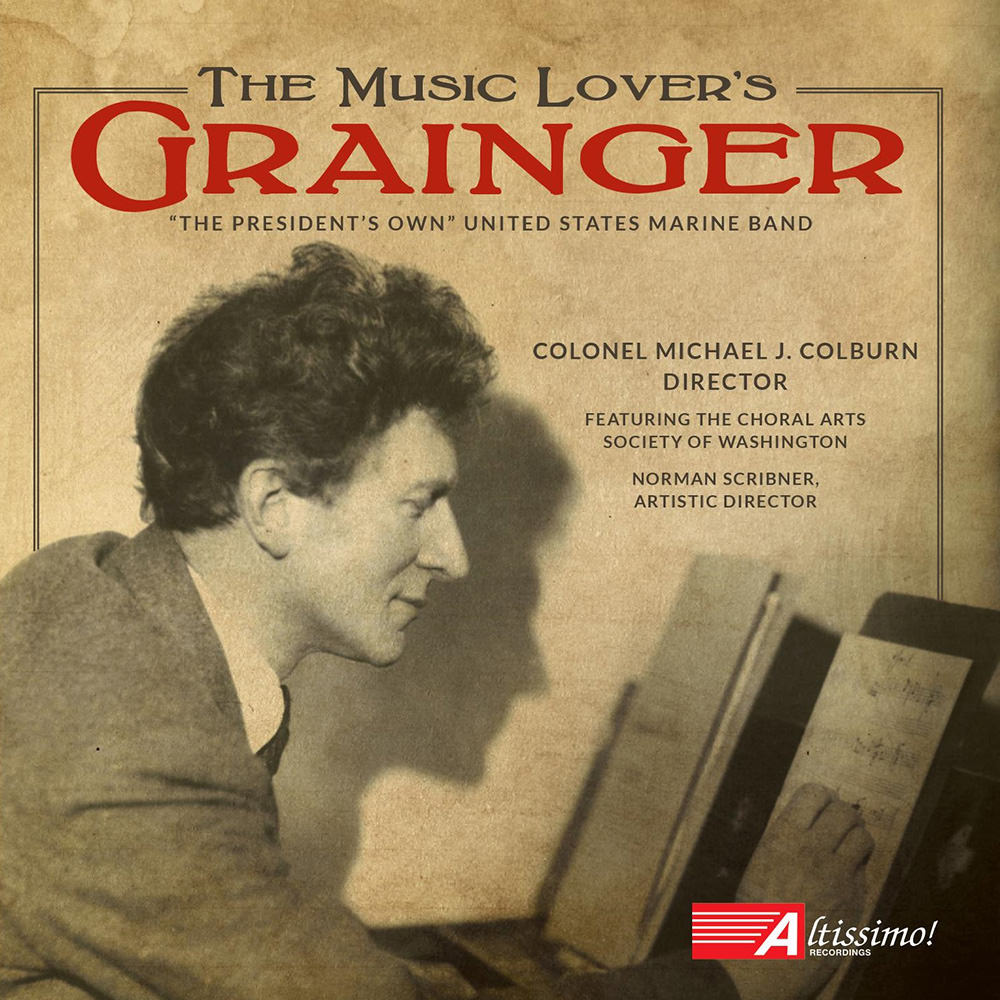 Available in 48 kHz / 24-bit AIFF, FLAC audio formats
This recording features the President's Own United States Marine Band in collaboration with the Choral Arts Society of Washington presenting several world premiere versions or transcriptions of works by Percy Aldridge Grainger. Released in 2011 to mark the 50th anniversary of Grainger's death, the programme is a unique blend of repertoire unified only by the fact that it came from the mind of one of the most distinctive composers of his generation. The title The Music Lover’s Grainger was borrowed from one of Grainger’s many unfinished projects, an intended series of the composer’s favourite works arranged for piano.
48 kHz / 24-bit PCM – Altissimo Studio Masters