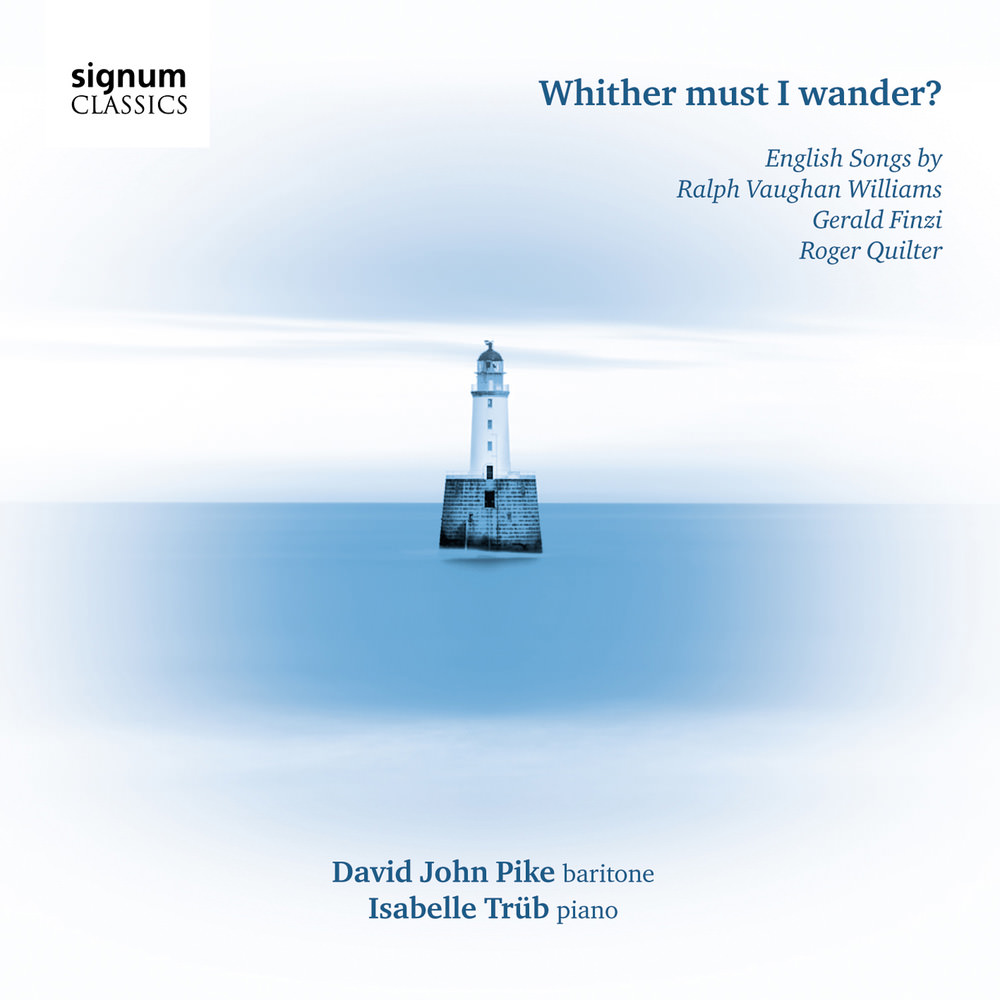 "Pike’s dark roast baritone voice is wonderfully robust yet clear and his articulate pleasure at singing art song in English is a joy to hear ... accompanist Isabelle Trüb is stunningly virtuosic without stealing the limelight ... incredible."
- The WholeNote

"Recording of the Month ... a real pleasure to make the acquaintance of David John Pike on this quite superb recording ... this recital should draw in anyone who cares about British song and the future of British singing. They will thoroughly enjoy themselves, as I did ..."
- MusicWeb International

Centred around Vaughan Williams's Songs of Travel, this collection of English song from rising star baritone David John Pike and pianist Isabelle Trüb brings together three now influential figures in the world of British music: Williams, his contemporary Roger Quilter and the younger Gerald Finzi, who composed Let Us Garlands Bring to mark Williams's 70th birthday. The texts used are drawn from a variety of sources, from traditional "Dorset" songs through settings of Shakespeare, to the central song cycle of poetry by Robert Louis Stevenson.
44.1 kHz / 24-bit PCM – Signum Records Studio Masters