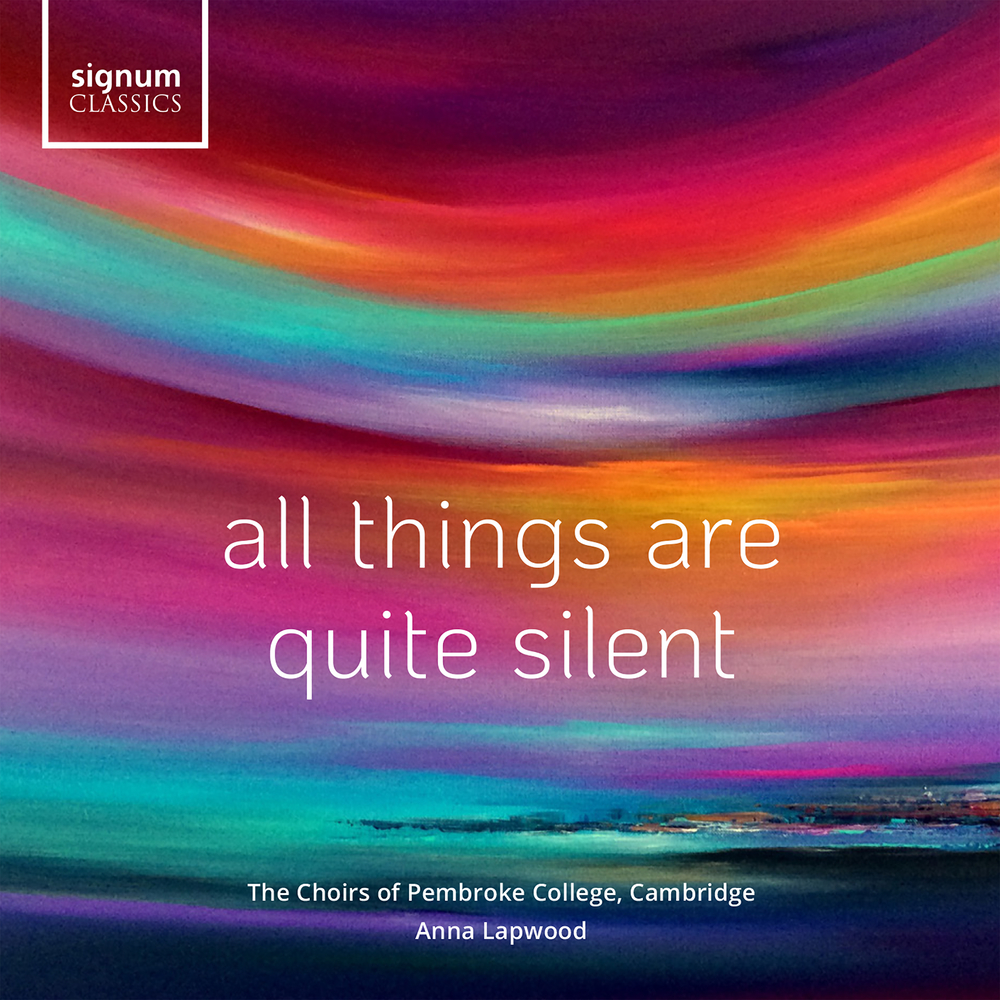 All Things Are Quite Silent

Available in 96 kHz / 24-bit AIFF, FLAC high resolution audio formats
Anna Lapwood is a trailblazing musician. As a broadcaster she is a regular contributor to BBC Radio 3 and hosts a live, weekly classical music show on BBC Radio Cambridgeshire. This year she makes her TV presenting debut, hosting BBC Four’s coverage of BBC Young Musician 2020. Alongside her work as a conductor, Director of Music and public speaker, she performs an extensive number of organ recitals on some of the greatest instruments across Europe each season. Directed by Anna Lapwood, The Chapel Choir of Pembroke College has one of the most exciting and varied ranges of choral endeavours among Oxbridge choirs. Alongside their primary responsibility of contributing to worship in the College’s Chapel, they engage in regular artistic collaborations, media appearances and outreach work. The Pembroke College Girls’ Choir was founded in October 2018 and has quickly gained a reputation as one of the UK’s leading girls’ choirs. Made up of 18 girls aged 11–18, the Choir sings twice a week in the College Chapel, as well as regularly singing alongside the Chapel Choir. This album is the first commercial release for these choirs and Anna Lapwood as a conductor. It is a recording of some of the Choirs’ favourite music, some of which happens to have been written by women and some by men. It is the hope of all involved that the music on the record becomes more well-known and is performed more throughout the UK and worldwide.
96 kHz / 24-bit PCM – Signum Records Studio Masters