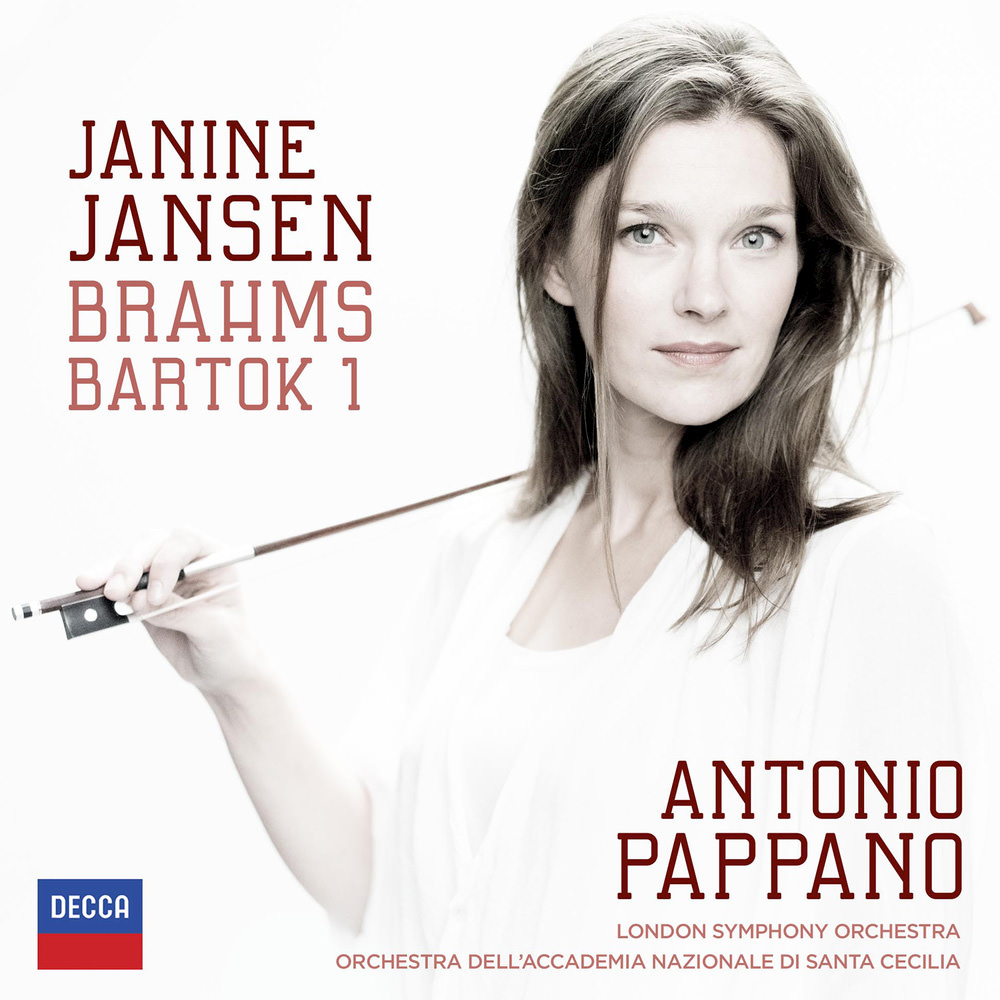 With this release, acclaimed violinist Janine Jansen becomes the first major artist to couple these two landmark concertos by Brahms and Bartók on the same album. As Jansen says, to her "they seem a natural pairing." Her visionary and profound interpretations of Brahms’s monumental Violin Concerto and Bartók’s youthful Violin Concerto No. 1 express the magical blend of lyrical beauty and symphonic power of these works, captured in vibrant high-definition sound. Jansen recorded the Brahms live with the Orchestra dell’Accademia Nazionale di Santa Cecilia over three concerts in February 2015; the Bartók with the London Symphony Orchestra, both conducted by Sir Antonio Pappano.

"In a studio there's the risk that perfection becomes more important than anything else. When you're recording live things can happen that you might not want, but equally sometimes things come together to create a truly magical moment ... as a musician that's what you're always trying to capture."
- Janine Jansen
96 kHz / 24-bit PCM – Decca/London Studio Masters