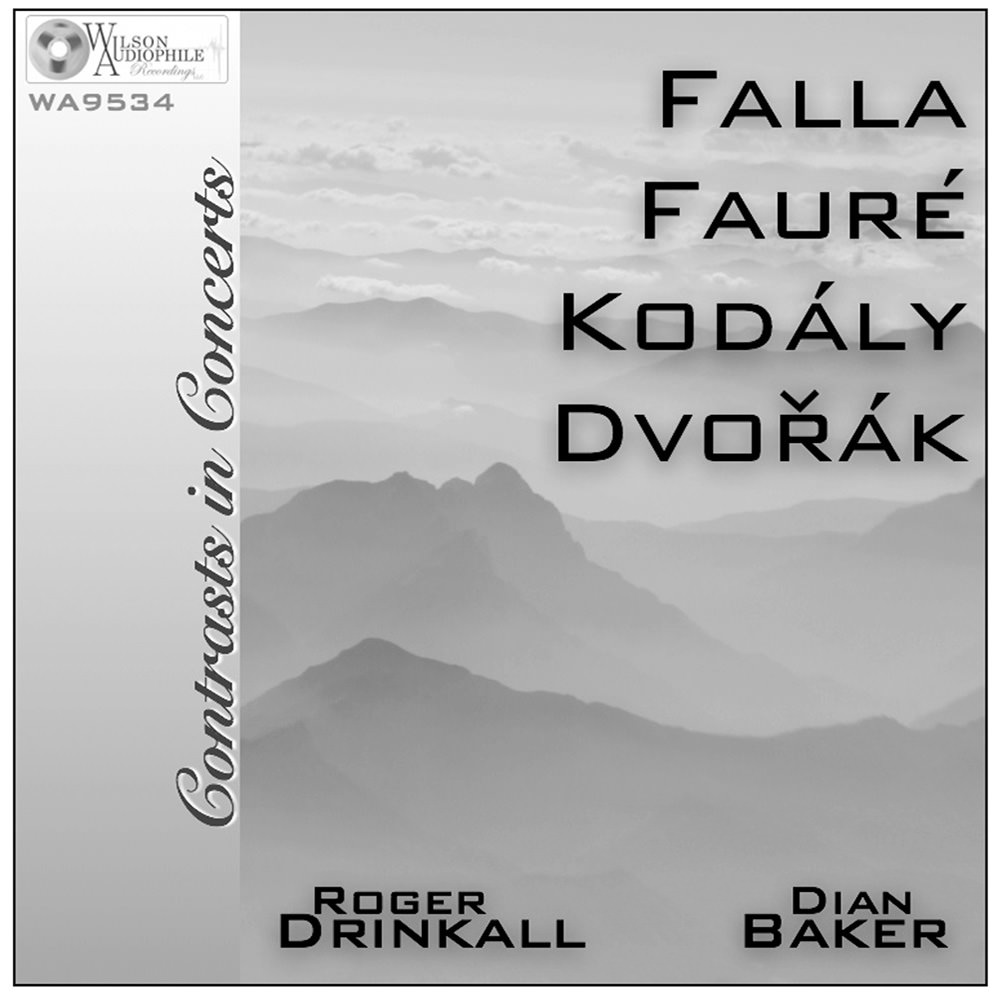 Cellist Roger Drinkall and his pianist wife Dian Baker, once one of America's leading duos, were proficient on an extensive repertoire, as they demonstrate on this 1995 album. The duo lovingly interprets iconic, unique and endearing works for cello by four composers, both sonatas and smaller works, including Dvořák's brilliant Polonaise in A Major.
176.4 kHz / 24-bit, 88.2 kHz / 24-bit PCM and 2.8224 MHz DSD – Wilson Audiophile Recordings Studio Masters

Technical Notes:
Each Master Tape was inspected, cleaned and treated with Last #9 and #10 preservatives. All of the Master Tapes were baked to reformulate the binding. This was done in an incubator at 135 degrees and then they were left to cool back down to room temperature. All splices were inspected and repaired, if necessary.

Each Master Tape was stored by Wilson Audiophile “tails-out” in which Puget Sound Studios did a library wind to the take-up reel. All levels were set according to included EQ sheets and each 1 kHz tone was further set at precisely 1 kHz, via a custom varispeed adjustment. This provided the exact speed the Master Tapes were recorded at.

Description of the equipment used in the Provo, Utah “Wilson Music Room” that Wilson Audiophile Recordings, LLC put to use for sonic evaluation: