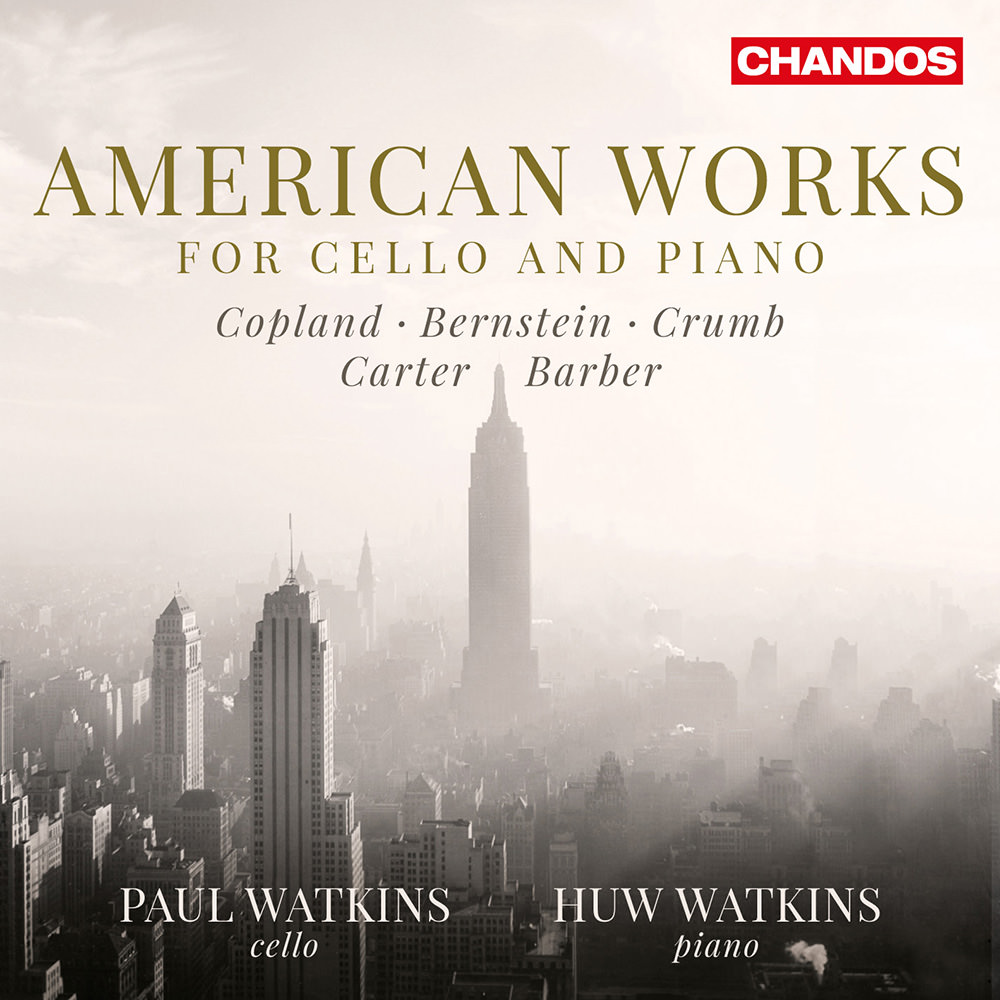 Having explored much of the repertoire of 20th century British works for cello and piano, the Watkins brothers (cellist Paul, pianist Huw) turn their attention to American contributions to the genre, spanning a fascinating period of some four decades of intensive compositional activity in the US. The earliest piece here, Barber’s Cello Sonata from 1932, was for many years considered the only modern work for cello and piano. Included on this programme along with the landmark Barber sonata is music by Bernstein, Crumb, Carter and Copland, represented by his own 1952 arrangements of two selections from his popular cowboy ballet Billy the Kid.
96 kHz / 24-bit PCM – Chandos Studio Masters