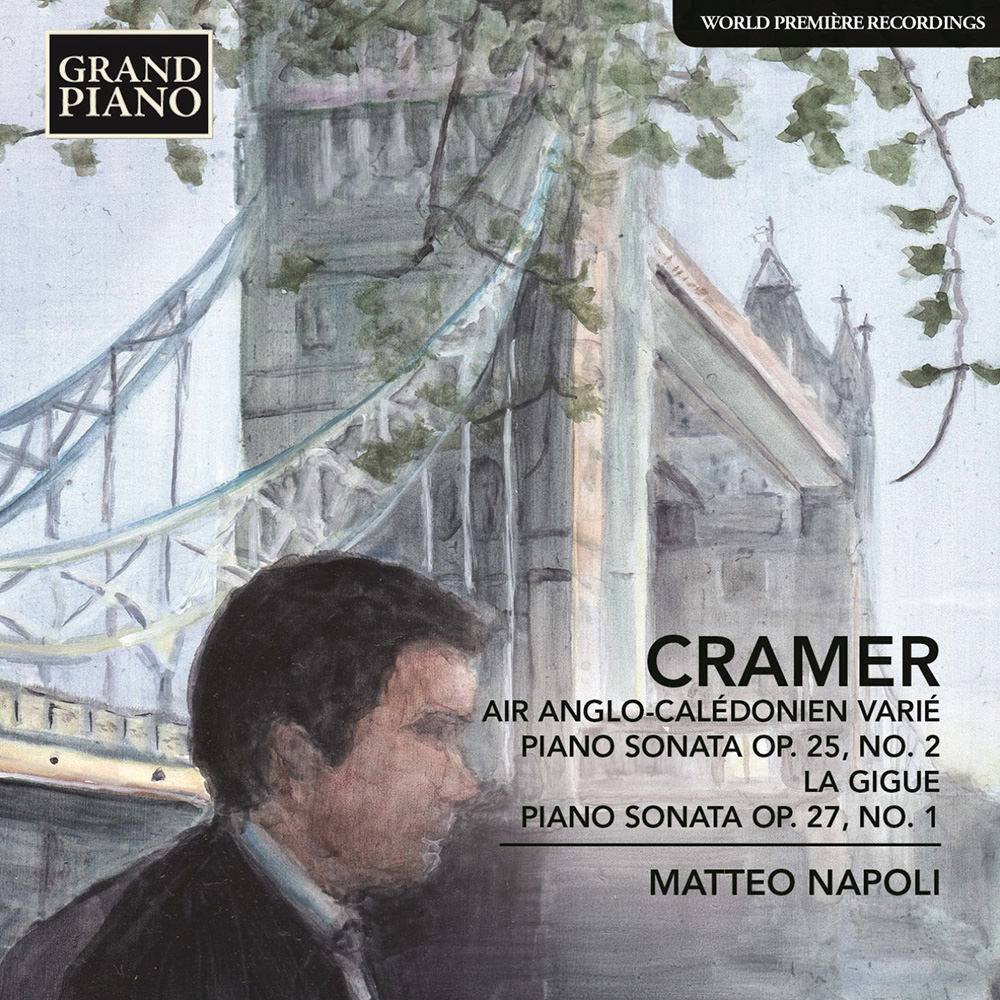 Available in 96 kHz / 24-bit AIFF, FLAC high resolution audio formats
Multiple award-winning pianist Matteo Napoli presents this album of world premiere recordings of works by Johann Baptist Cramer, a composer known in London and Europe as one of the leading pianists of the day. His virtuoso skills at the keyboard are channelled by Napoli on pieces such as the florid and playful Variations on an Anglo-Caledonian Air and the ebullient Sonata No. 2. "As a performer, one comes across certain composers' works that seem to be confined to an early stage of their development. For me, Cramer was one such example and I felt compelled to look beyond his challenging études to establish if there were other works worthy of attention. Being such a versatile musician, I felt Cramer must have produced some first-class compositions, less pedagogical than studies and the discovery of his sonatas and other short pieces proved the point. In them, we sense a talent unfolding into something new, which I am pleased to be able to share with you." - Matteo Napoli
96 kHz / 24-bit PCM – Grand Piano Studio Masters