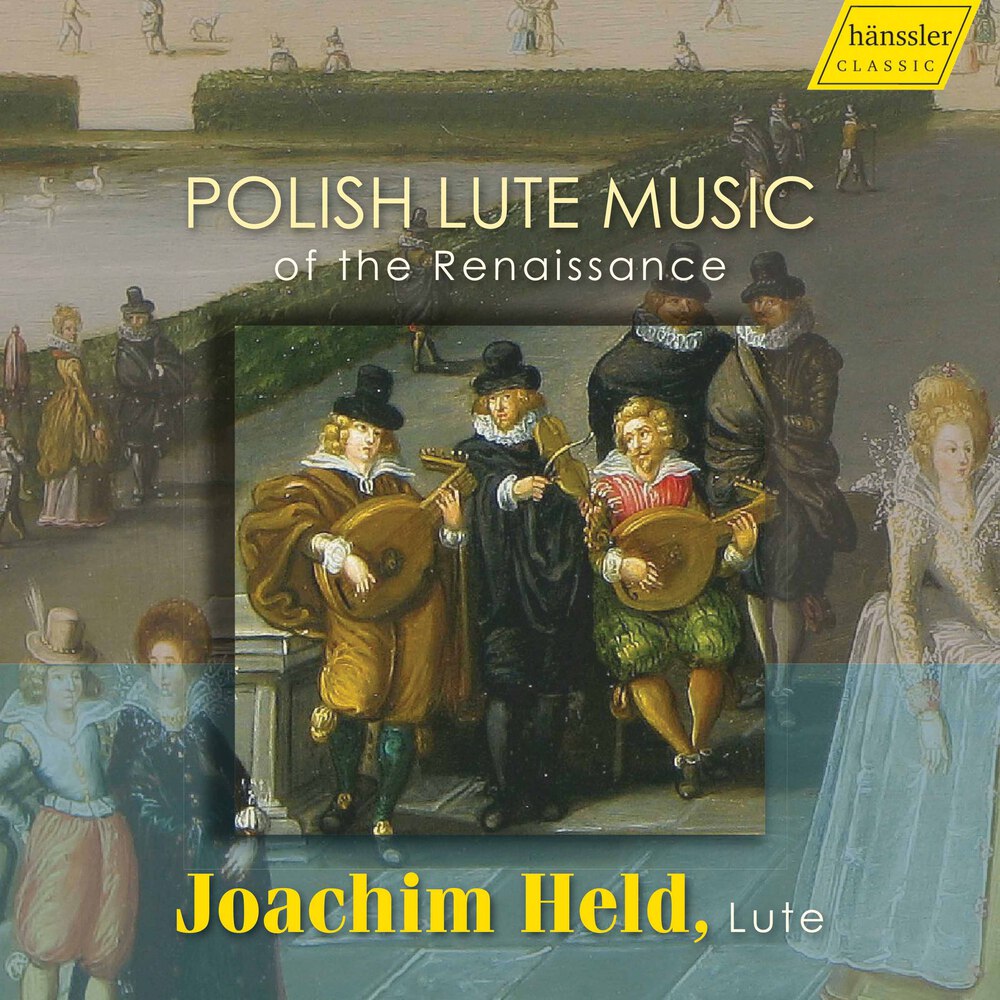 Available in 96 kHz / 24-bit AIFF, FLAC high resolution audio formats
Solo lute music flourished in large parts of Europe in the first half of the 16th century. In Italy, its most important early exponents were Francesco Spinacino, Joanambrosio Dalza, Vincenzo Capirola and Francesco da Milano. The leading lutenists in France were Albert de Rippe and Guillaume Morlaye. Germany’s composers of unaccompanied lute music were Hans Judenkünig, Hans Newsiedler and Hans Gerle. The second half of the century brought new composers to the fore: in Italy, Vincenzo Galilei, Giovanni Antonio Terzi and Simone Molinaro; in Germany, Hans Newsiedler’s son Melchior above all. Across the Channel, the 1560s saw the birth of John Dowland, and other contributors to the golden age of the lute in England include John Johnson and Francis Cutting. Sixteenth-century Poland saw its own flowering of lute music. The first record of it is the Krakow lute tablature by Mikolaj Strzeskowski (c.1530–1570) of about 1555 (now UKR–LV, 1400/1). It contains numerous dances and tablature accompaniments to chansons, madrigals and Polish songs. Arrangements of works by famous masters such as Crecquillon, Hofhaimer, Josquin des Prez and others found their place in it. In its repertoire, this lute collection is typical of its time. Almost the same works appeared in the manuscripts and printed editions of Pierre Phalèse (Louvain, Belgium, c.1570). At the same time, the manuscript contains hardly any original Polish lute music. That is an interesting phenomenon, and the Danzig lute manuscript, compiled at the start of the 17th century, again contains hardly any Polish works other than Polish dances. These are to be found in particular in the central European manuscripts and printed copies of Jean Baptiste Besard’s “Thesaurus Harmonicus” (1603), Robert Dowland’s “Varietie of Lute Lessons” (1610), the Schele Manuscript of Hamburg (1613–18) and in Lord Herbert of Cherbury his Lute book (c. 1620).
96 kHz / 24-bit PCM – haenssler CLASSIC Studio Masters