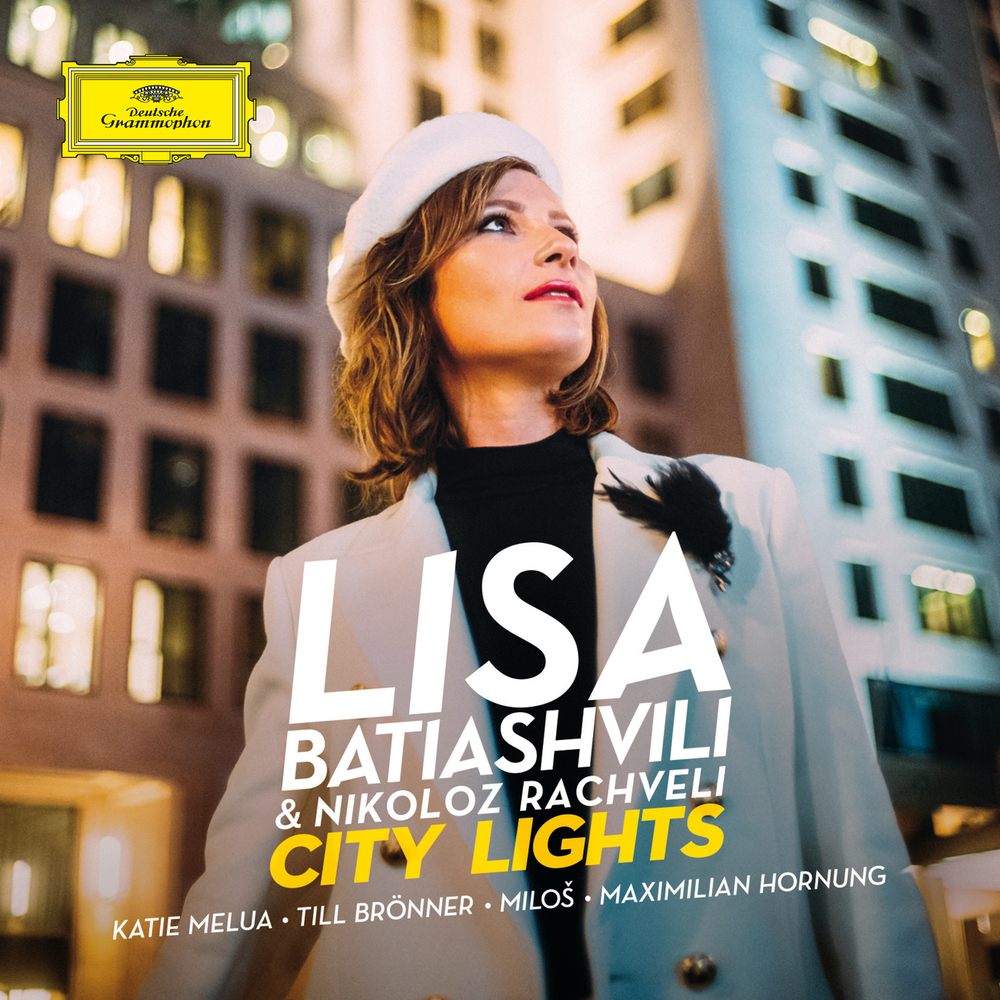 Lisa Batiashvili’s new project on DG, City Lights has been released! The album takes the listener across the world with eleven carefully chosen pieces that represent the most important cities in her life, as well as a suite based on Charlie Chaplin’s own music for City Lights and other films of his.

The idea came out of a conversation between Batiashvili and her friend the composer-arranger Nikoloz Rachveli. Batiashvili says: ‘Chaplin was very popular in Georgia when I was a child. He was a multi-talent, not only acting and making movies, but writing gorgeous music. For me, he represents the beauty and creative imagination of the 20th century.’ Their idea of creating a suite inspired by Charlie Chaplin’s music and his films grew into an autobiographical concept based on key cities in Batiashvili’s life, each of which has some personal, musical or violinistic connection.

A journey from her native Georgia to Paris, Berlin, Buenos Aires and Hollywood features ground-breaking collaborations with artists as diverse as Miloš, Katie Melua and Till Brönner. City Lights shares the beautiful melodies from Cinema Paradiso and Chaplin’s own compositions with all time classics from Piazzolla, the late Michel Legrand – in new arrangements by Nikoloz Rachveli  – as well as J.S. Bach – arranged by Anders Hillborg  – and last, but not least a new song by Katie Melua about the magic of London.
96 kHz / 24-bit PCM – Deutsche Grammophon (DG) Studio Masters