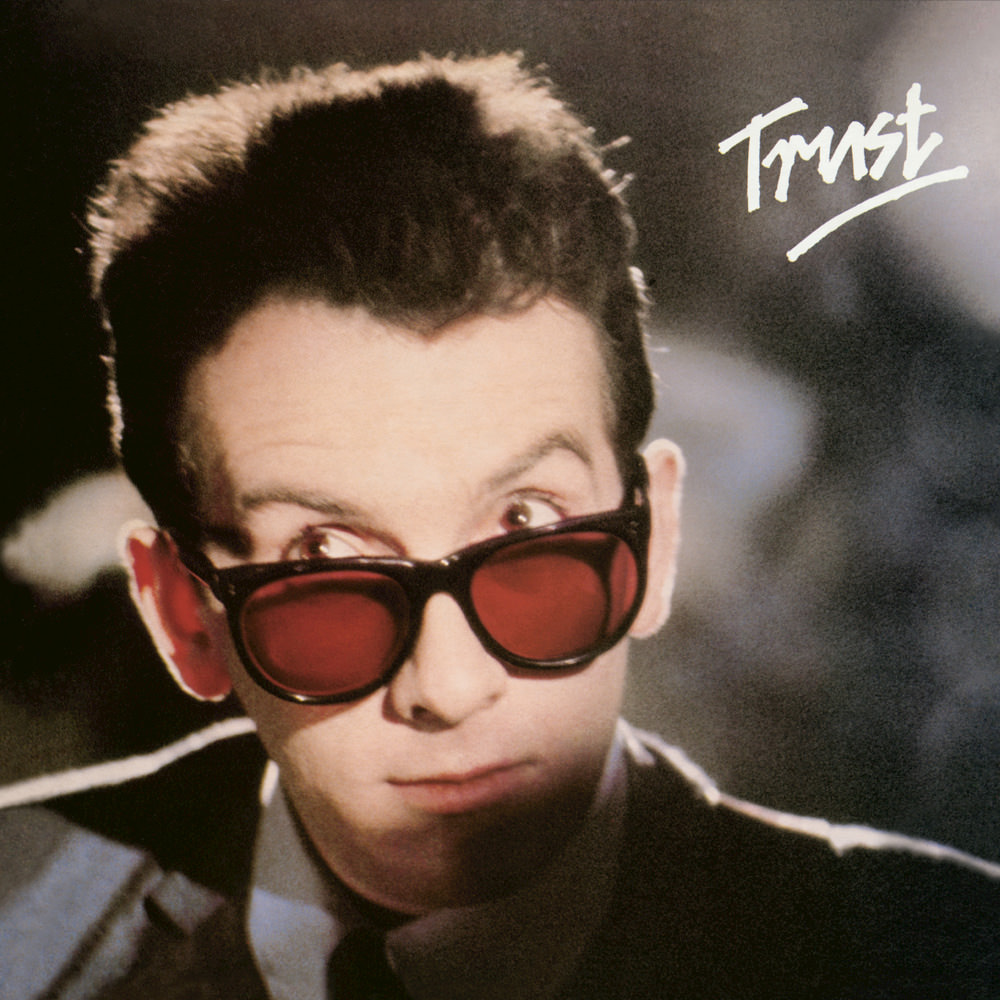 Available in 192 kHz / 24-bit, 96 kHz / 24-bit AIFF, FLAC high resolution audio formats
UK Albums Chart - #9, 1981 Billboard 200 - #28, 1981 "Social science with a nonstop beat for parties or revolutions. A." - Entertainment Weekly "Pick Hit. Who ever said he wasn't much of a singer? ... here he makes music as he hasn't since This Year's Model. This is rock and roll as eloquent, hard-hitting pop and Elvis has turned into such a soul man ... A." - The Village Voice "Four Stars ... Costello's biggest tease. It contains some of his very best work ... most of the new tunes are sung with a purity of tone and a minimum of irony that Costello hasn't permitted himself since his debut ... (his) words and music make exhilarating connections with pop past and pop future ..." - Rolling Stone While Trust, released in 1981 (the same year as Almost Blue), didn't contain any singles that charted in either the UK or the US, the Nick Lowe production earned glowing reviews and positive comparisons to Costello's earlier work, sending the album into the British top 10 and American top 30. Glenn Tilbrook of Squeeze makes a guest appearance on vocals on the song Luxembourg.
192 kHz / 24-bit, 96 kHz / 24-bit PCM – Hip-O/Elvis Costello Studio Masters