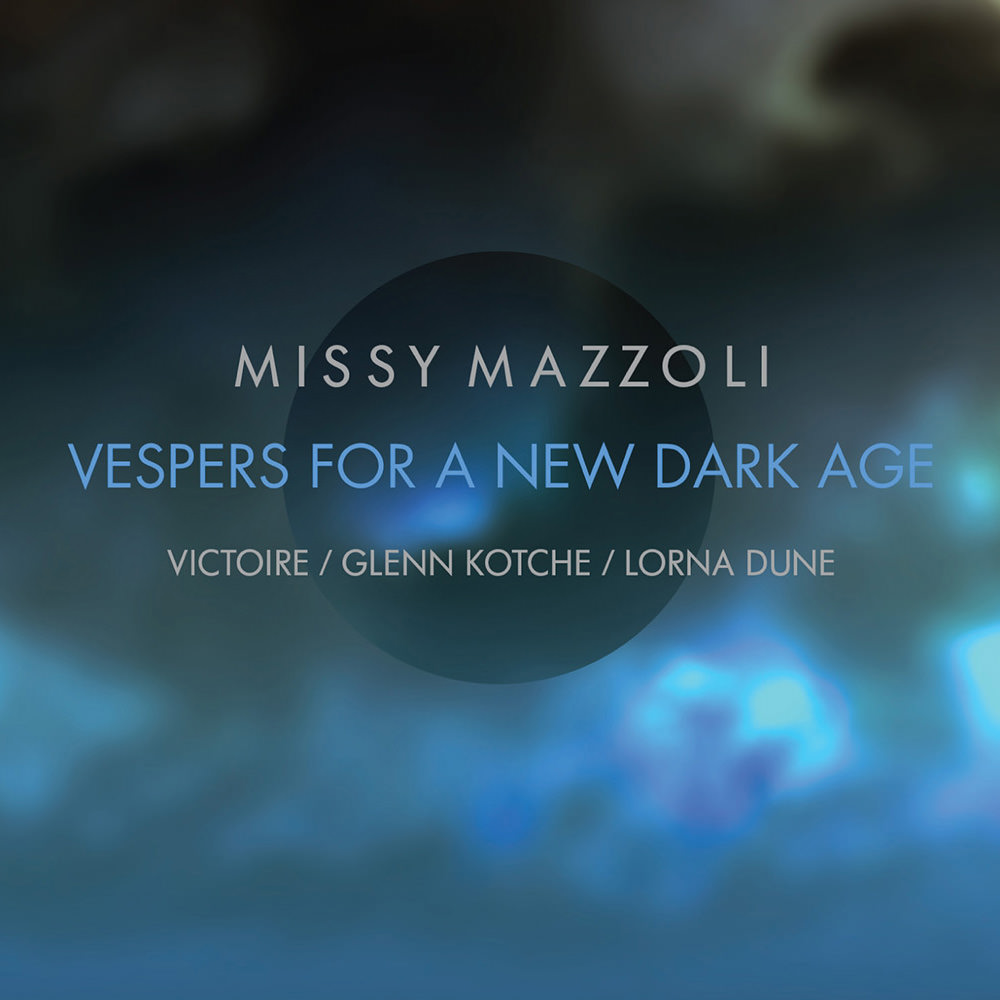 Available in 88.2 kHz / 24-bit AIFF, FLAC high resolution audio formats
"... inhabits the sometimes disturbing intersection between technology and humanity ... an ominous twist on an ancient musical and religious tradition ... soprano voices soar to high registers, reaching upward as if beckoning for divine intervention. Mazzoli's ensemble Victoire, cleverly orchestrated, provides settings both cinematic and intimate at once, while Wilco drummer Glenn Kotche adds evocative scrims of percussion and some thunderous pounding." - NPR Vespers for a New Dark Age from composer and performer Missy Mazzoli reimagines the traditional vespers prayer service and replaces the customary sacred verses with poems by Matthew Zapruder, exploring the overlap of modern technological age with the archaic formality of religious services. Created in collaboration with Mazzoli's ensemble Victoire, drummer Glenn Kotche of Wilco, synth producer Lorna Dune and virtuosic vocalists Mellissa Hughes, Martha Cluver and Virginia Warnken of Roomful of Teeth, the album's acoustic movements feature timbres spanning the sonic spectrum, from delicate violin runs and lush synth pads to soaring operatic vocals and pulsating percussion, alternating with three purely electronic interludes. These interludes are meant to capture the elements of the compositions that came before them and hint at themes to come, solidifying the tracks into a singular, streamlined body of work.
88.2 kHz / 24-bit PCM – New Amsterdam Studio Masters