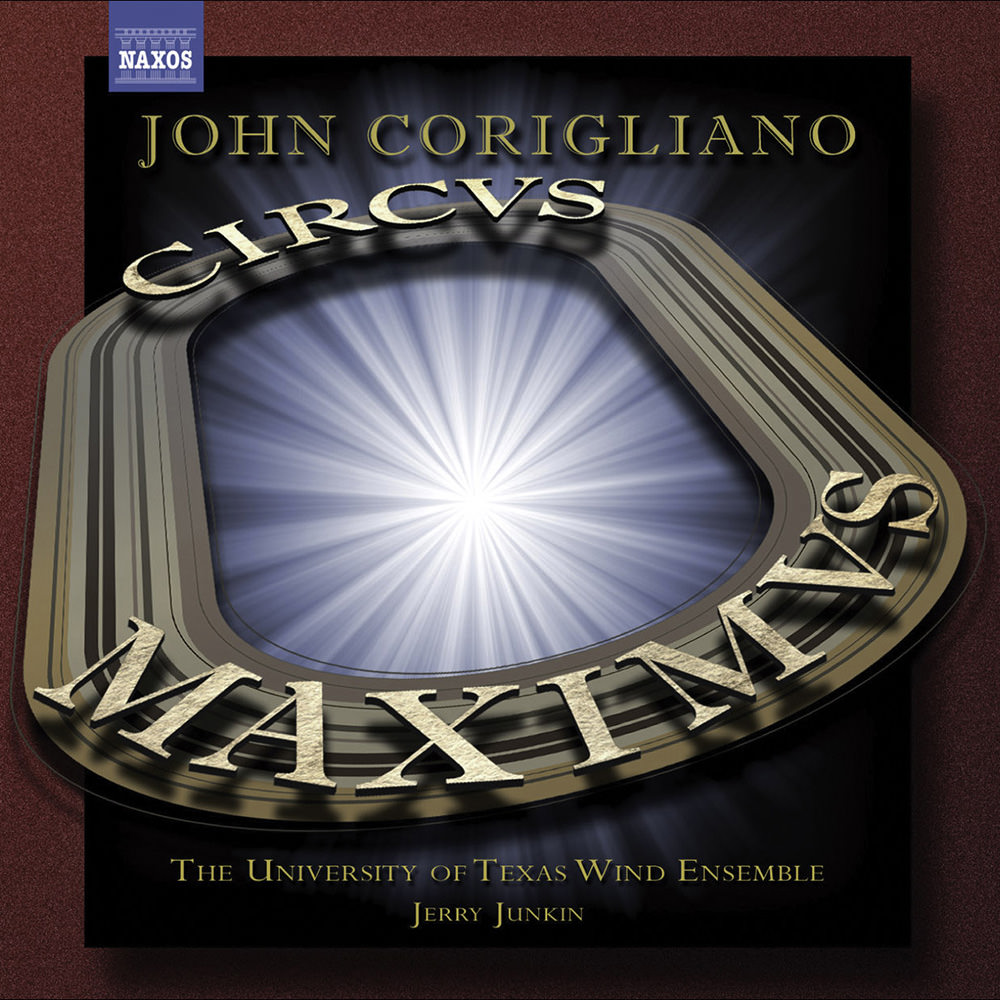 Available in 96 kHz / 24-bit AIFF, FLAC high resolution audio formats
"Outstandingly exciting performances and terrific recorded sound ..." - ClasicsToday.com "They are attractive pieces, with little pretension and the arrangements are delightful. This music sounds fun ... there’s a bit of the circus to them ... they are light and pleasant to listen to. This disc will most likely appeal to those with a special affinity for wind ensembles and bands." - MusicWeb International In his landmark Symphony No 3, subtitled Circus Maximus, celebrated American composer John Corigliano both embodies and comments on the “massive and glamorous barbarity” of our present time, which he sees paralleling the decadence of Ancient Rome. Scored for a large concert band encircling the audience, it is a musical kaleidoscope of contemporary culture. In contrast, Gazebo Dances, which completes the programme, was inspired by the pavilions often seen on village greens in towns throughout the countryside, where concerts are given on summer evenings.
96 kHz / 24-bit PCM – Naxos Studio Masters