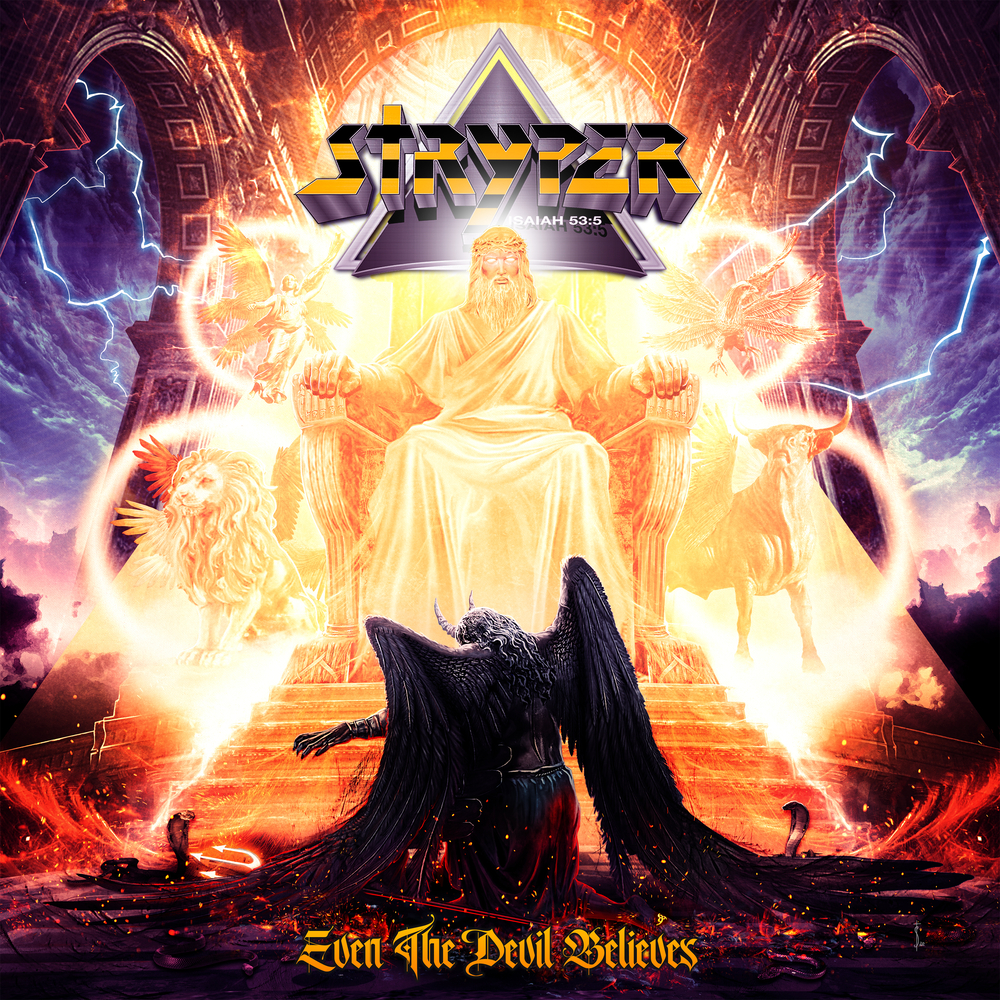 Even the Devil Believes

Available in 44.1 kHz / 24-bit AIFF, FLAC audio formats
Stryper return with their new album, Even The Devil Believes. While the band is known for their Christian faith, their decades plus career in heavy metal has made them much more than just a ‘Christian metal’ band. Sure, that is part of who they are, but at the end of the day, they are simply a long-running and well respected heavy metal band with a a late-career rebirth that has proved their enduring talent and musical skills are well intact. Filled with the band’s signature riffs, harmony-laden melodies and positive themes, the 11-track project is Stryper’s first studio album that features Perry Richardson (Firehousse) on bass and background vocals. “We’re incredibly happy to write a new chapter in the book of Stryper,” says vocalist/guitarist Michael Sweet, who has served as the band’s primary songwriter since its inception in 1983. “This album was recorded during the pandemic, and I believe the message pertains to the times we are living in so perfectly. It’s a recording of hope and inspiration and a light in the darkest of times."
44.1 kHz / 24-bit PCM – Frontiers Records s.r.l. Studio Masters