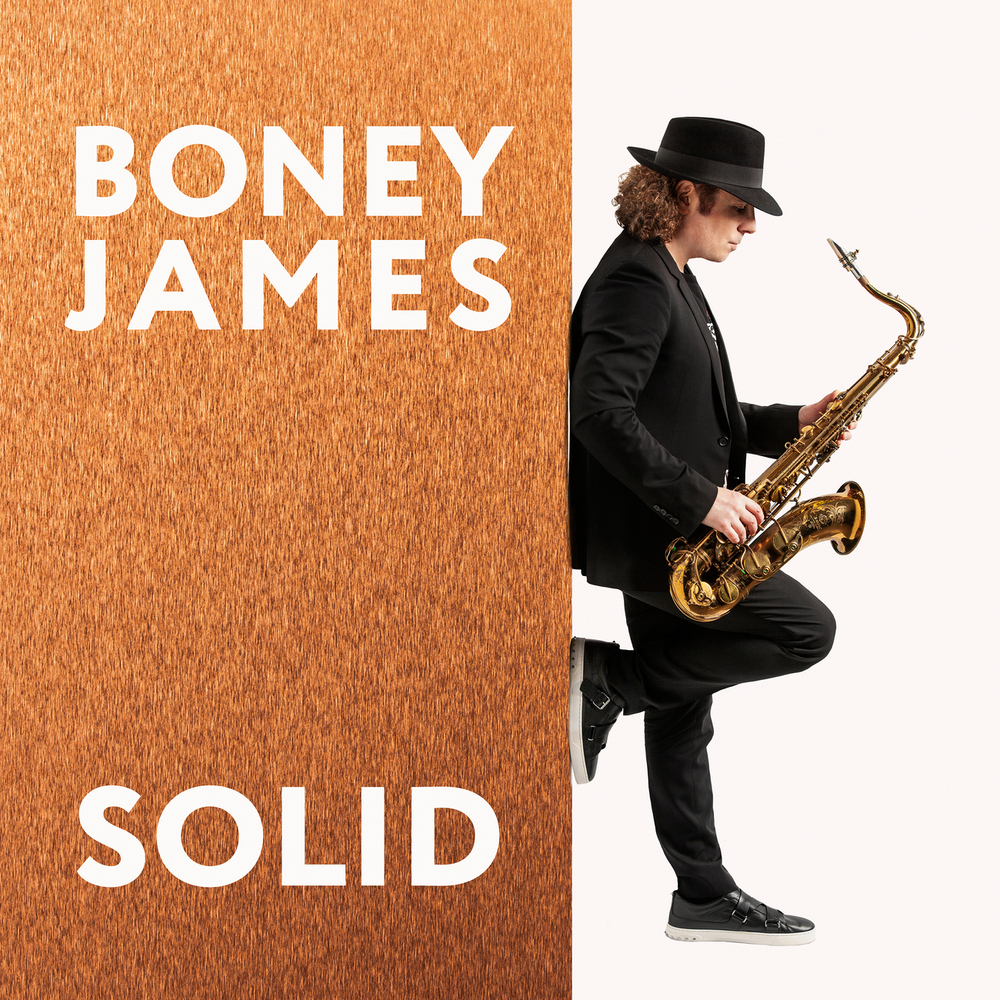 Available in 96 kHz / 24-bit AIFF, FLAC high resolution audio formats
“A solid relationship is when someone has your back and will stand by your side no matter what,” explains Boney James about the title of his new album. “Solid is a word that has a few meanings, but this one really resonated with me and became the theme of the record.” Solid is the four-time GRAMMY nominated saxophonist’s seventeenth album as a leader. Solid follows up his smash 2017 release Honestly which became his eleventh #1 Billboard Contemporary Jazz Album. Sometimes, inspiration is slow in coming, evasive and stubborn. Other times, if an artist is very fortunate, it simply flows, the music practically writing itself. That’s how Solid, the latest release from Boney James came to be. “This record really flowed at an unusually quick pace,” Boney says. “There was a lot of positive energy in making this music. Solid is a very upbeat record. As I was writing them, these songs put a smile on my face.” All of Solid’s eleven tracks were produced and written or co-written by James.
96 kHz / 24-bit PCM – Concord Records Studio Masters