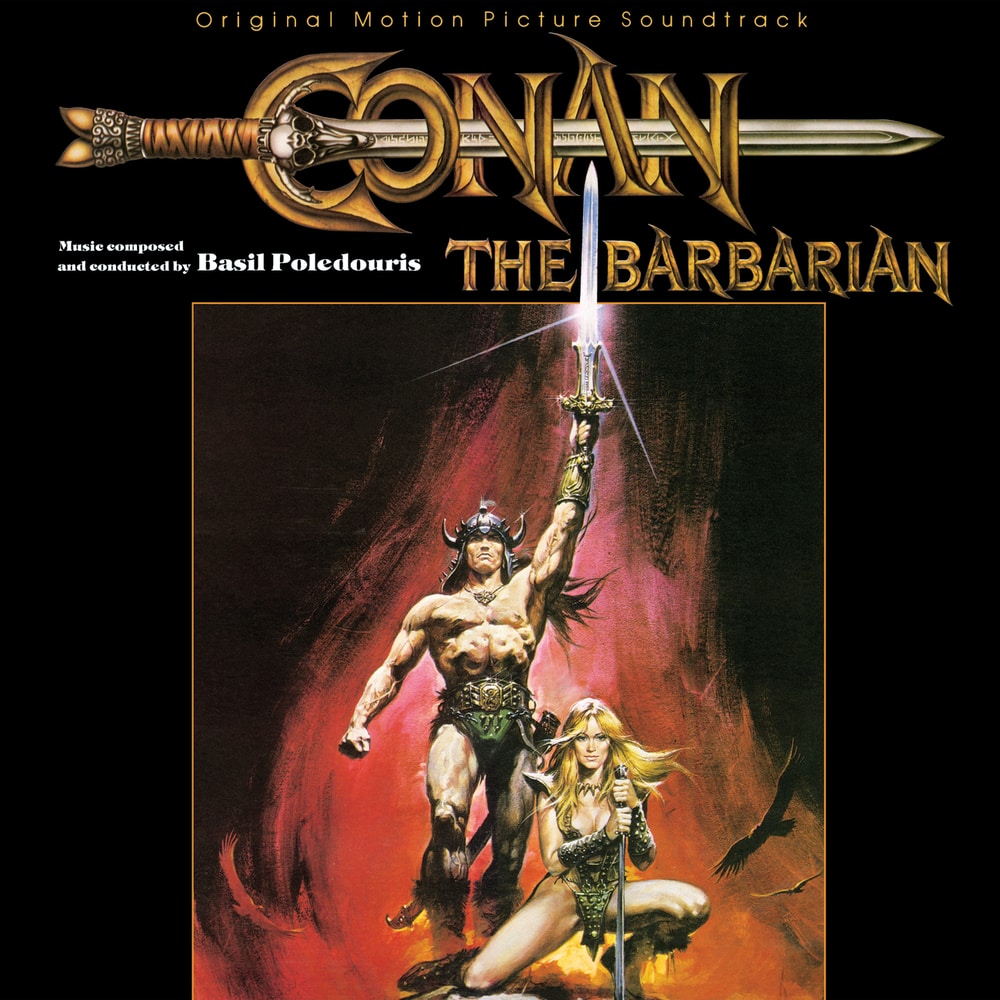 "... one of the most powerful, robust fantasy adventure scores in the history of film music ..."
- Filmtracks.com

"... a large canvas daubed with a colourful yet highly sensitive brush. There is innate intelligence behind Poledouris's scheme and the pinnacles reached are often eloquent with haunting intensity."
- Films In Review

"Highly recommended. More than just a treat for genre fans, it has all the qualities of a classic. For any with even the smallest desire to enjoy a fantasy adventure score, Conan The Barbarian is a must-own. It proudly carries the themes and conventions of the genre while putting together all the essential elements of a great soundtrack."
- Soundtrack Central

Often considered one of the greatest works of veteran film and television composer Basil Poledouris, if not one of the greatest soundtracks ever composed, Conan The Barbarian was Poledouris's first large orchestral soundtrack, recorded over a three week period in Rome with a 90-piece orchestra and 24-member choir.
192 kHz / 24-bit, 96 kHz / 24-bit PCM – Geffen* Studio Masters