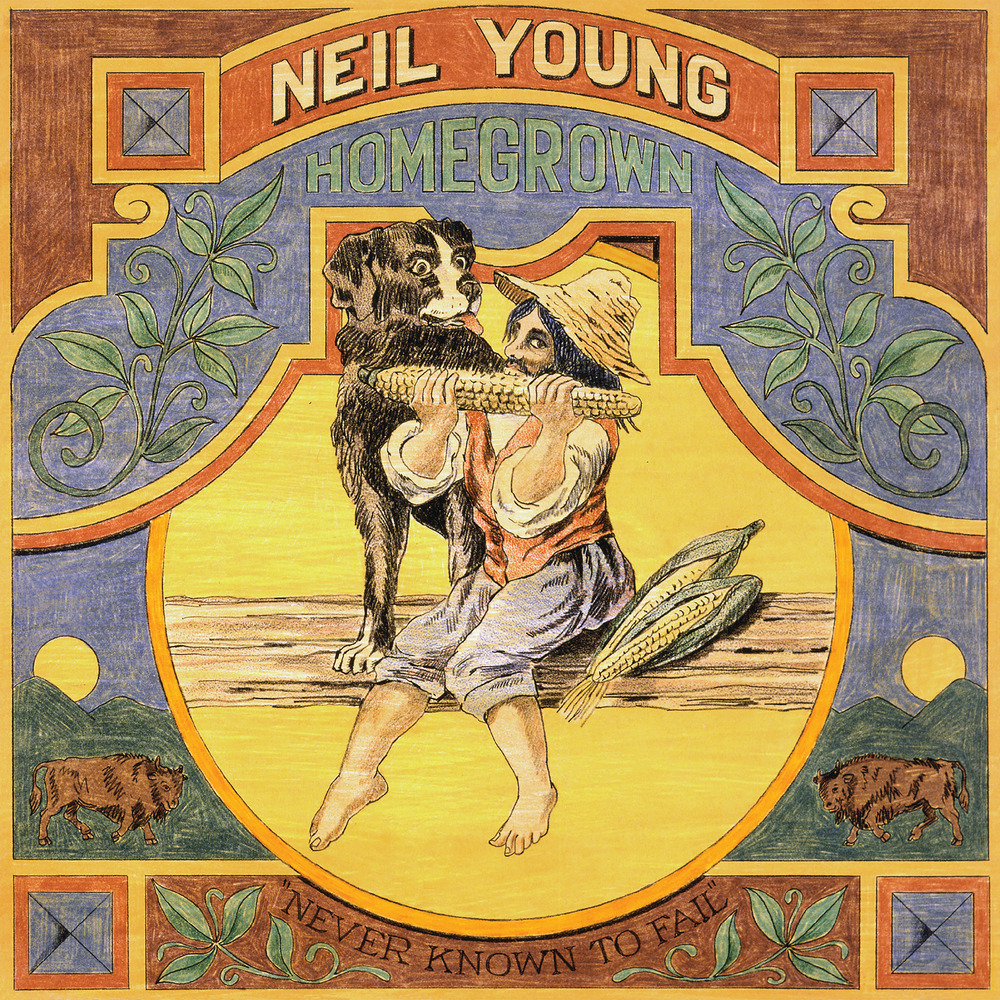 Available in 192 kHz / 24-bit, 96 kHz / 24-bit AIFF, FLAC high resolution audio formats
Homegrown is a studio album by Neil Young from 1974–75. It remained unreleased for decades, a sort of "Lost" album. Now, Young is releasing the album for the first time through Silver Bow Productions. 1974 was a turbulent and productive year for Neil Young. With the unreleased 1973 album Tonight's the Night in the can, Young recorded On the Beach in the Spring for a July 1974 release. He convened Crosby, Stills, Nash & Young at his ranch for abortive album sessions before launching an extensive summer stadium tour with the group. At Broken Arrow Ranch on June 17th, Young recorded "Through My Sails" with the quartet. "Love Is a Rose," a reworking of his earlier "Dance, Dance, Dance" was recorded with bassist Tim Drummond on June 16, as well as "Pardon My Heart." The latter song backing vocal overdubs from Ralph Molina and Billy Talbot in August 1975 and was released along with "Through My Sails" on that year's Zuma album with Crazy Horse. On tour, Neil paused to record another new song, "White Line," as a duet with the Band's Robbie Robertson That year, Young debuted seventeen new songs in concert. After the tour, Young held recording sessions in Nashville, Los Angeles and at Broken Arrow for a new album. A December 11 session at Quadraphonic Sound Studios in Nashville with Levon Helm yielded "The Old Homestead." "Star of Bethlehem" and "Deep Forbidden Lake" were recorded two days later at the same studio. "Little Wing" was recorded January 21st at the Village Studios in Los Angeles. The songs from these sessions are largely acoustic, with many of the songs being solo performances of Young on guitar and harmonica. Young has said that "Homegrown is the missing link between Harvest, Comes a Time, Old Ways and Harvest Moon." The songs are quite personal, and revealed much of Young's feelings on his failing relationship at the time with actress Carrie Snodgress. "It was a little too personal...it scared me" Young would later explain to Cameron Crowe in interview.
192 kHz / 24-bit, 96 kHz / 24-bit PCM – Reprise Studio Masters