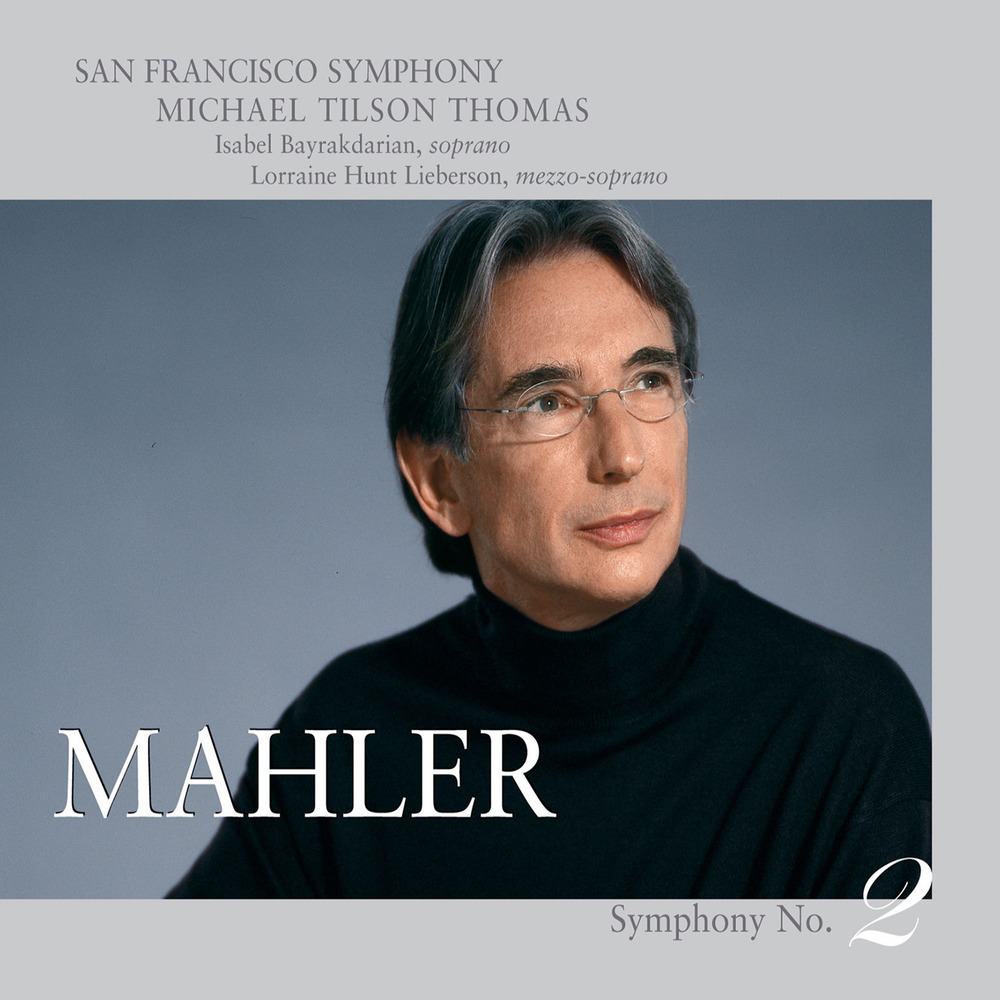 Available in MQA and 96 kHz / 24-bit AIFF, FLAC high resolution audio formats
"... there is a great deal to admire. The orchestral playing is quite phenomenal ... the recorded sound is also amazing, with a depth and detail that leave many other versions in the shade." - MusicWeb International "... almost as good as it gets ... Thomas has so much of value to tell us about how this music can be played ... by any standard, there's more than enough here that's new and valid to warrant adding this to your collection." - ClassicsToday.com "... lives up to the expectations ... the finely nuanced playing gradually gathers pace until liftoff with the arrival of great American mezzo Lorraine Hunt Lieberson ... meticulously recorded ... the clarity of the unfolding detail does ample justice to this blue chip performance." - The Guardian Michael Tilson Thomas conducts the San Francisco Symphony and Chorus on a live performance of Mahler's massive Symphony No. 2, recorded in stunning sound in DSD 2.8 in June 2004. Joining the orchestra and chorus on this stirring reading are soprano Isabel Bayrakdarian and mezzo-soprano Lorraine Hunt Lieberson. This album is one volume in the complete cycle of Mahler symphonies Thomas recorded with the SFS between 2001 and 2009, a series that won a combined seven Grammy Awards and received worldwide critical acclaim.
96 kHz / 24-bit PCM – SFS Media Studio Masters