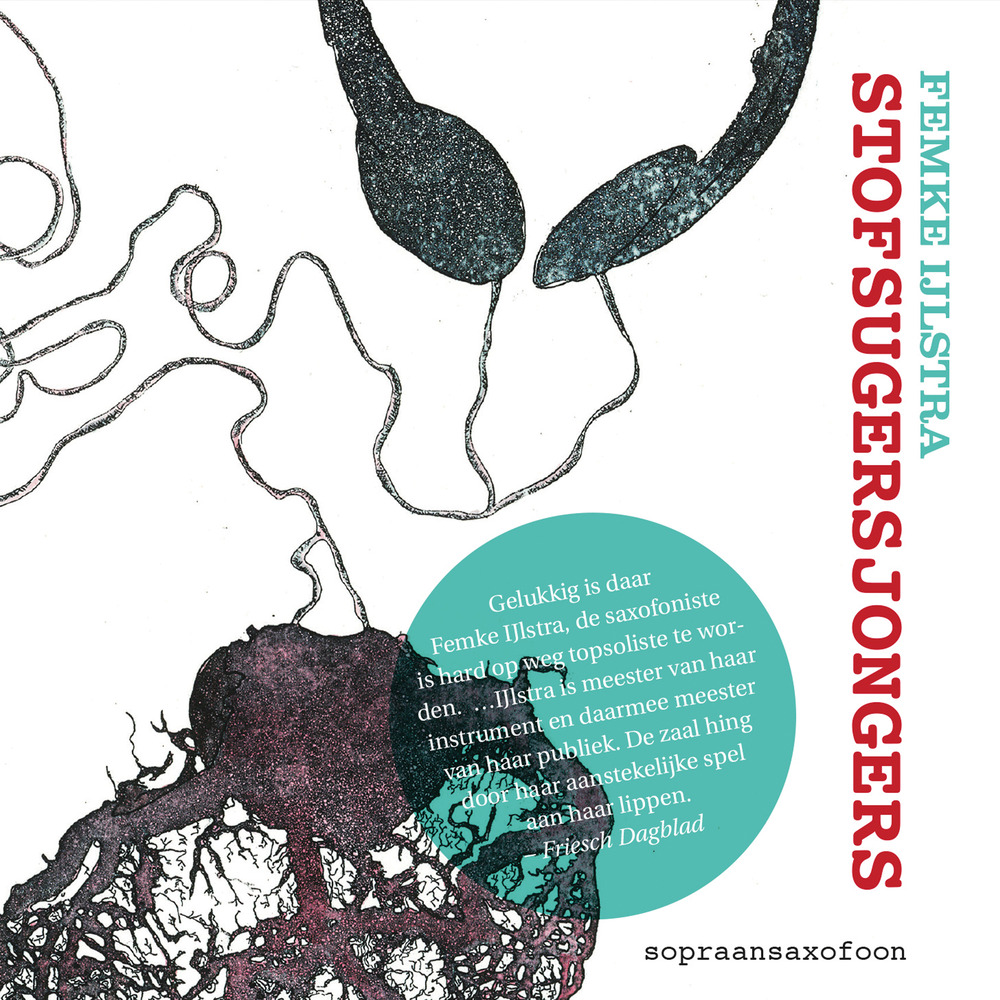 Available in 96 kHz / 24-bit AIFF, FLAC high resolution audio formats
On April 19, 2010, saxophonist Femke IJlstra sent an email to poet Tsead Bruinja asking if he might be interested in collaborating on a new project with poetry and modern classical music, in which melancholy for the shared Frisian past would play an important role. Bruinja wrote a poem about a neighbour from the village where he came from, who kept a close eye on who was passing by while vacuuming the neat front room, with the working vitamins in the background. The project was entitled Stofsûgersjongers (Vacuum Cleaner Singers). The poem did not survive the selection, but the title was taken and on the advice of Bruinja, a collaboration was also sought with visual artist Mirka Farabegoli, who previously, following a workshop, invited him to write new work at her first exhibition "God Made Me Funky". So what started as an idea for a theatre program became a book and an album with poems, compositions, and etchings about coming home in the broadest sense of the word. Coming home in the present and the past and how possible and impossible that is.
96 kHz / 24-bit PCM – Aliud Records Studio Masters