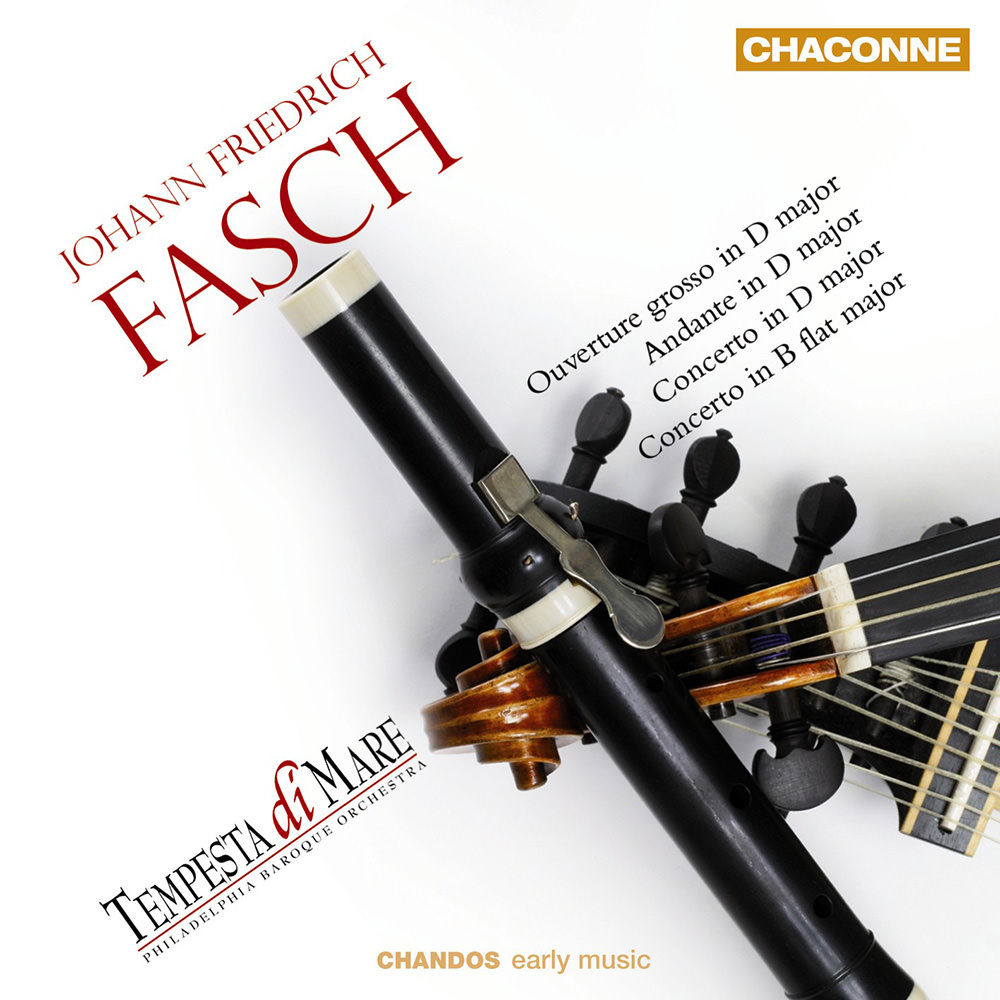 Available in 48 kHz / 24-bit AIFF, FLAC audio formats
"This is a recording of some really wonderful music performed in concert by a top-notch ensemble." - American Record Guide "Four Stars ... sound is clean and bright in this live performance of a most welcome addition to the repertoire." - BBC Music Magazine In 2007 ensemble Tempesta di Mare premiered, in modern times, four long lost orchestral works by Johann Friedrich Fasch, a contemporary of Bach and Telemann. This world premiere album release features this extraordinary early music ensemble recreating otherwise forgotten music. Conductor Richard Stone describes the pieces as "fantastic, true discoveries ... they have the breadth and complexity of J.S. Bach without the austerity and have a much more evolved sense of orchestral colour that’s truly extraordinary."
48 kHz / 24-bit PCM – Chandos Studio Masters