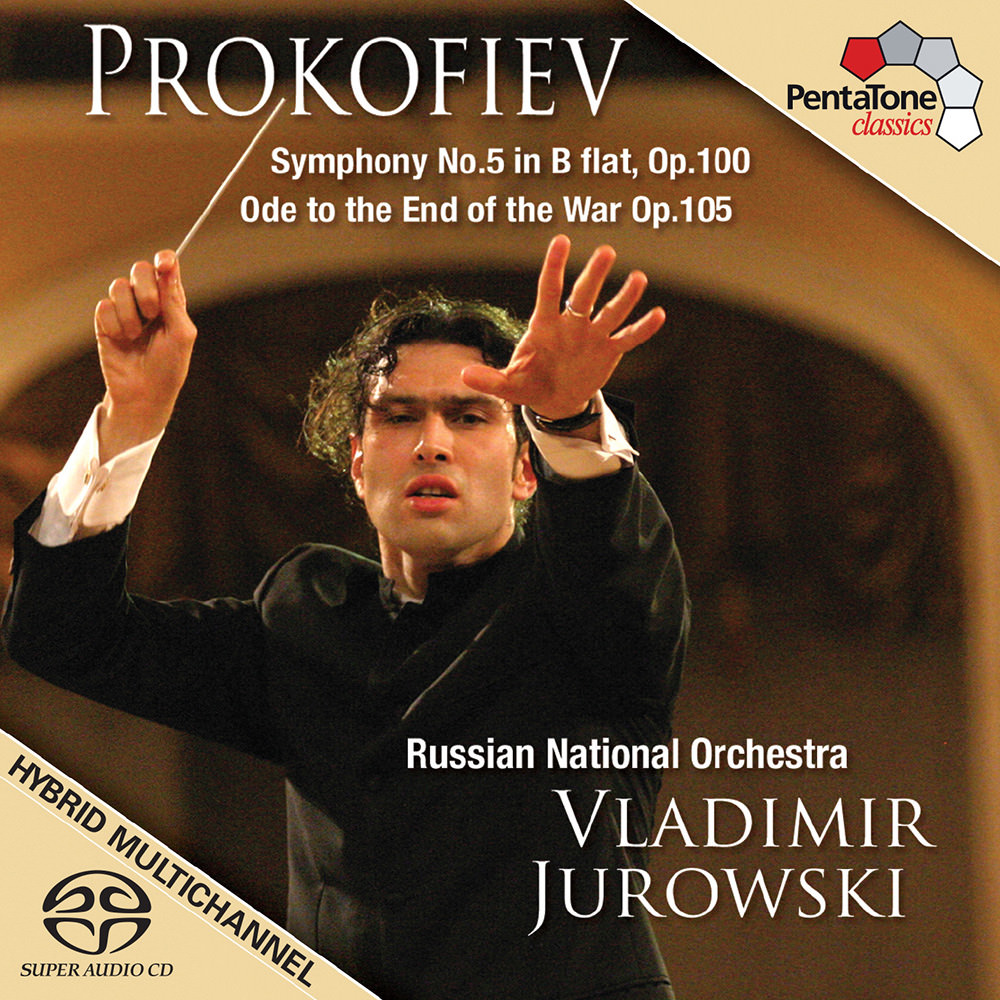 Available in 96 kHz / 24-bit AIFF, FLAC and 2.8224 MHz DSD high resolution audio formats
"Five Stars ... Jurowski keeps a clear head and focuses bright sonorities without ever letting the Russian players harden their tone ... his intensive approach to detail is always evident ..." - BBC Music Magazine "... superb ... one of the most impressive readings of this great symphony (Fifth) to have come my way in a very long time ... (has) rhythmic energy, symphonic strength, immensely expressive lyricism and an ear for detail and precision where necessary. The RNO plays magnificently ... the recording does them proud, with sound of spectacular immediacy and richness ... everything feels completely right ... inspiring and quite marvellous ... captured in sound of breathtaking fidelity." - International Record Review Vladimir Jurowski leads the Russian National Orchestra on a pair from Prokofiev, offering the composer's most famous work (Symphony No. 5) with possibly his least famous work, if certainly his least recorded, the Ode To the End of the War. Released in 2007, this album has been praised by several critics for its audio quality as well as its empathetic and passionate rendering of a Russian composer by a Russian conductor and orchestra.
96 kHz / 24-bit PCM and 2.8224 MHz DSD – PentaTone Studio Masters